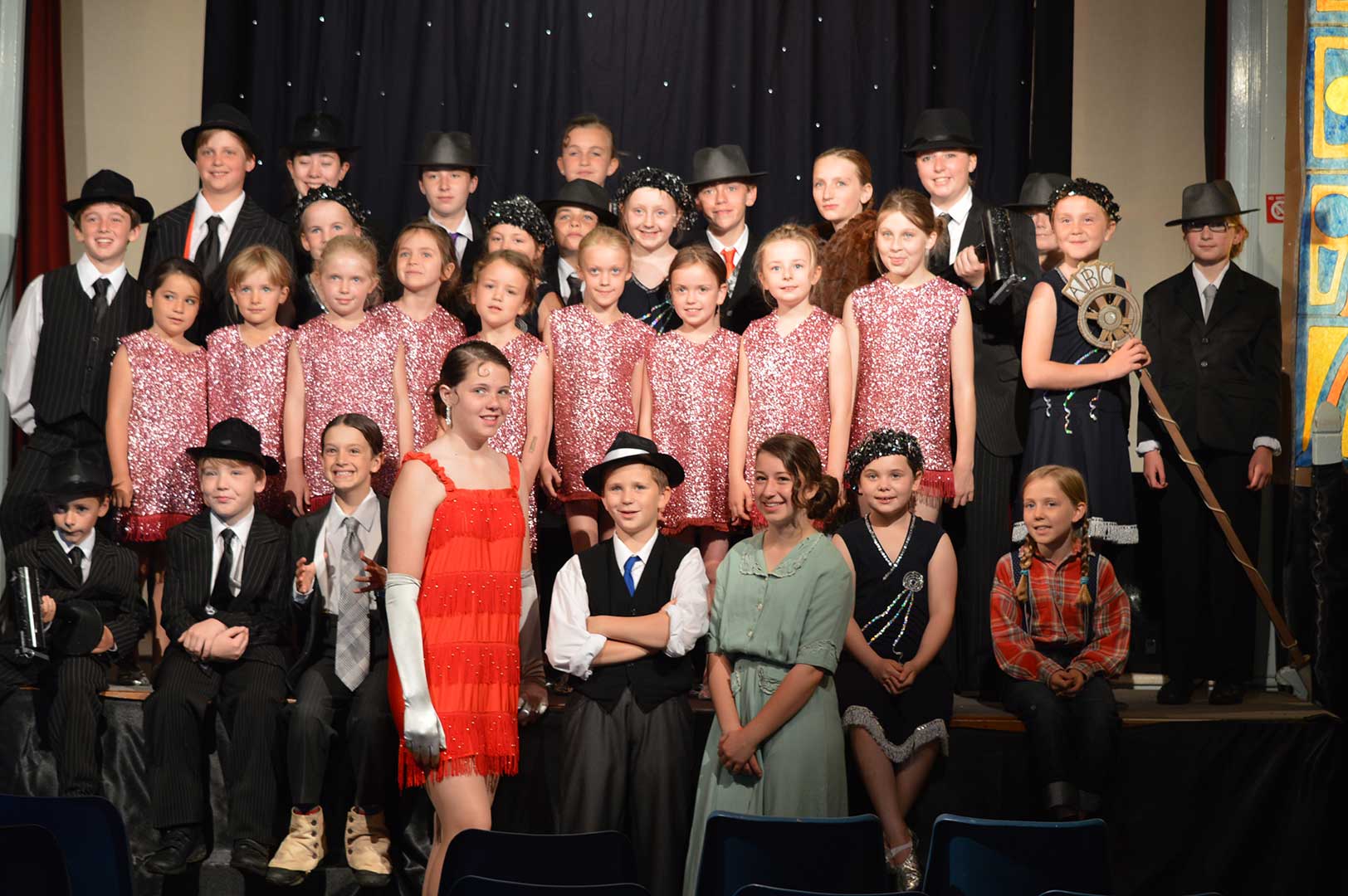 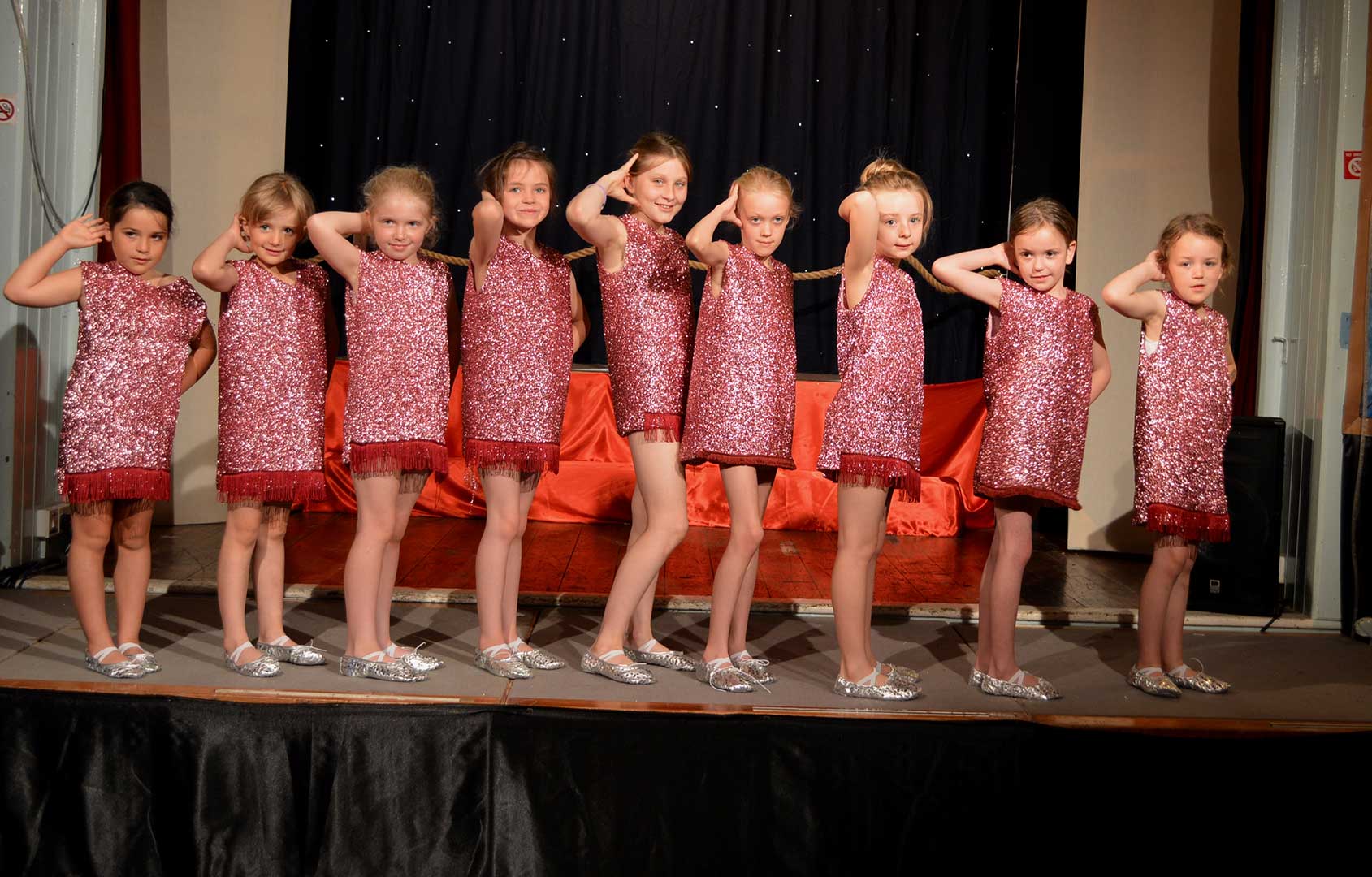 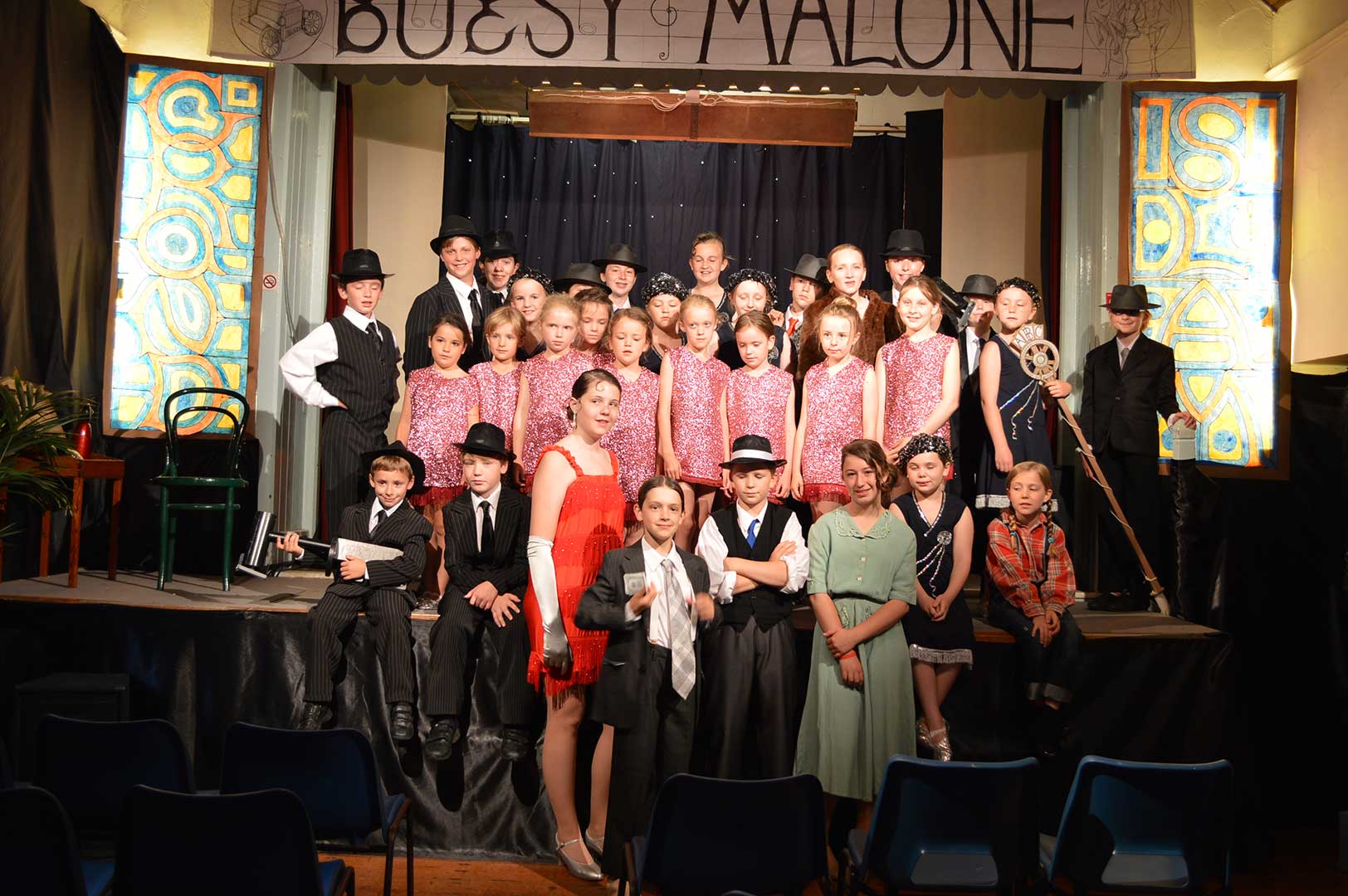 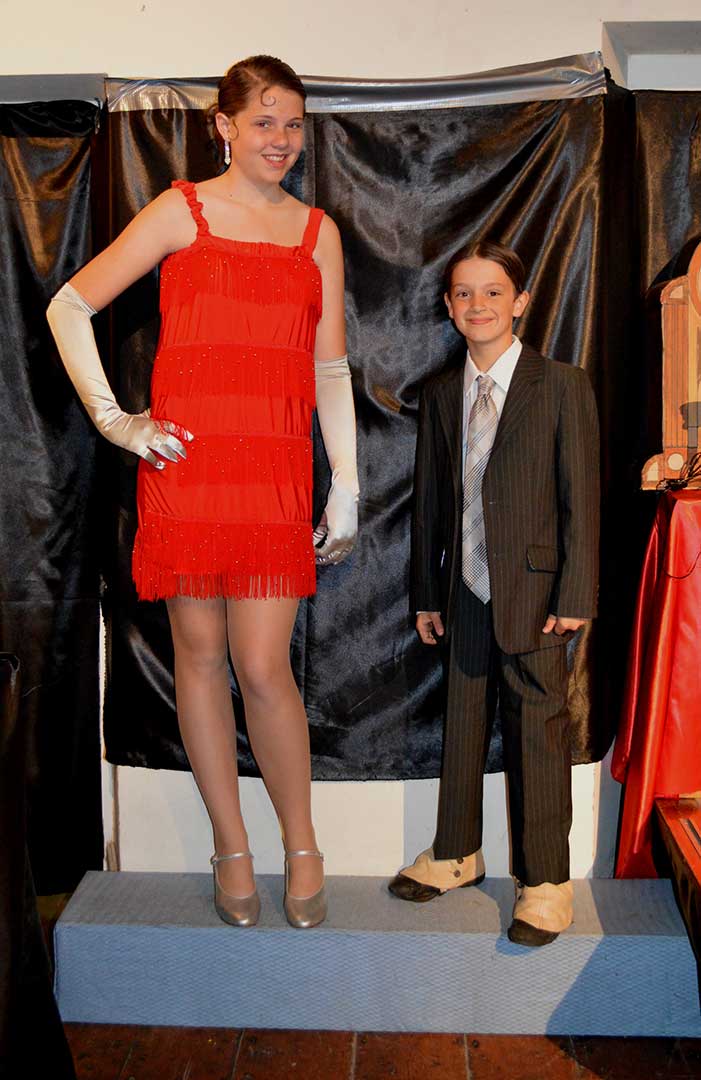 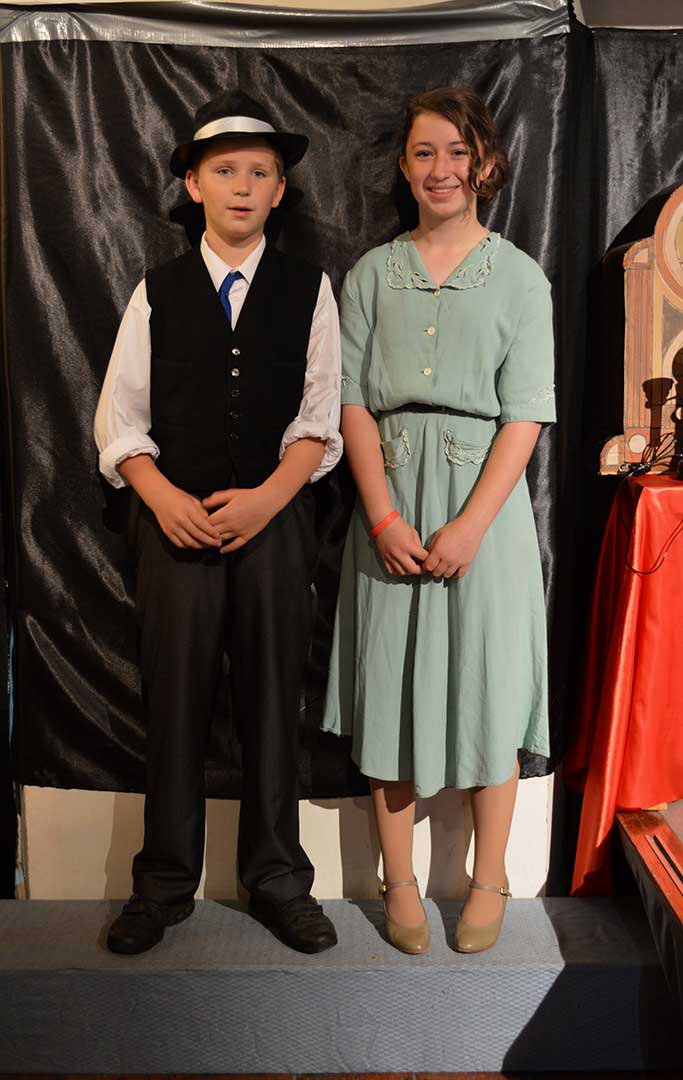 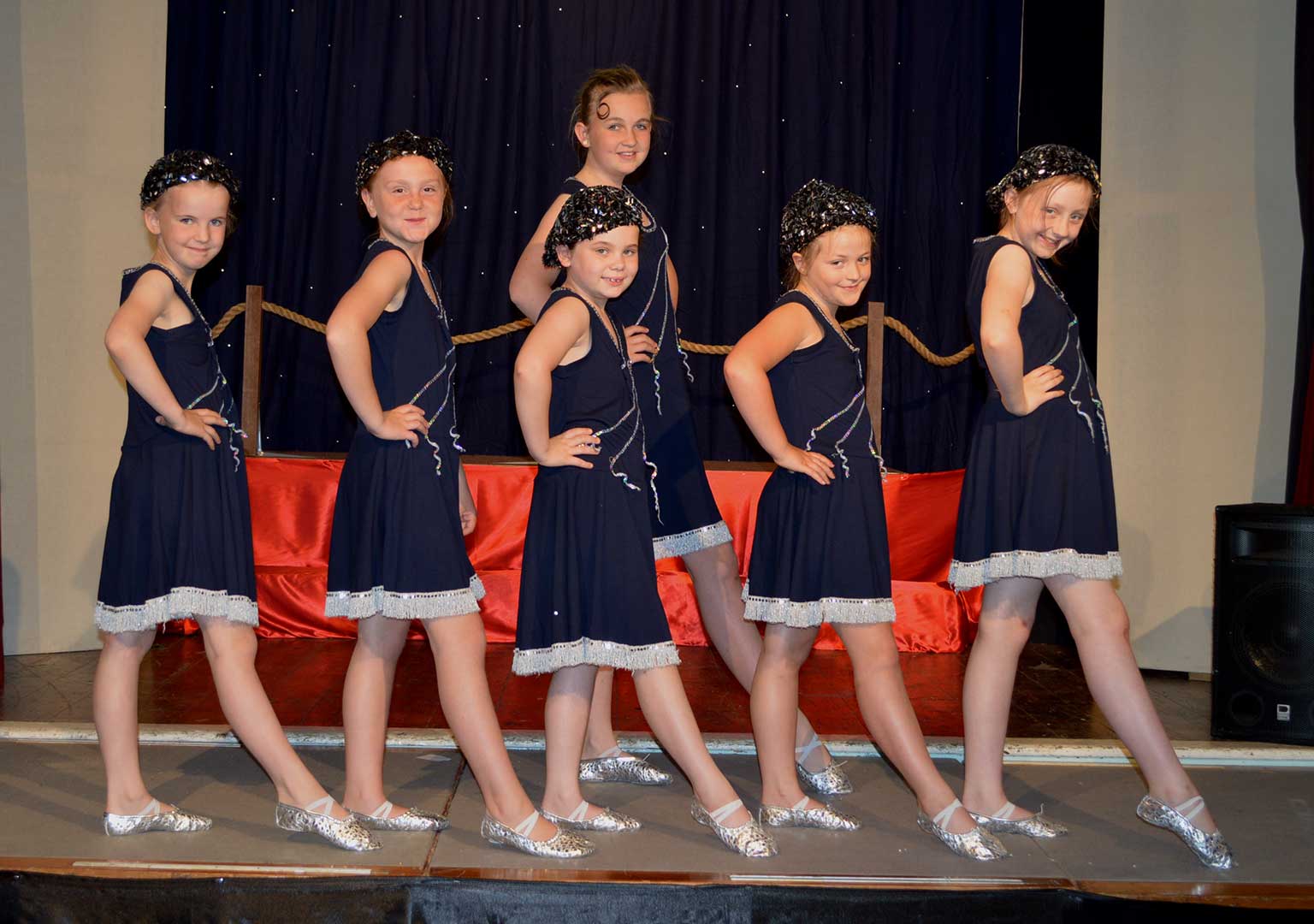 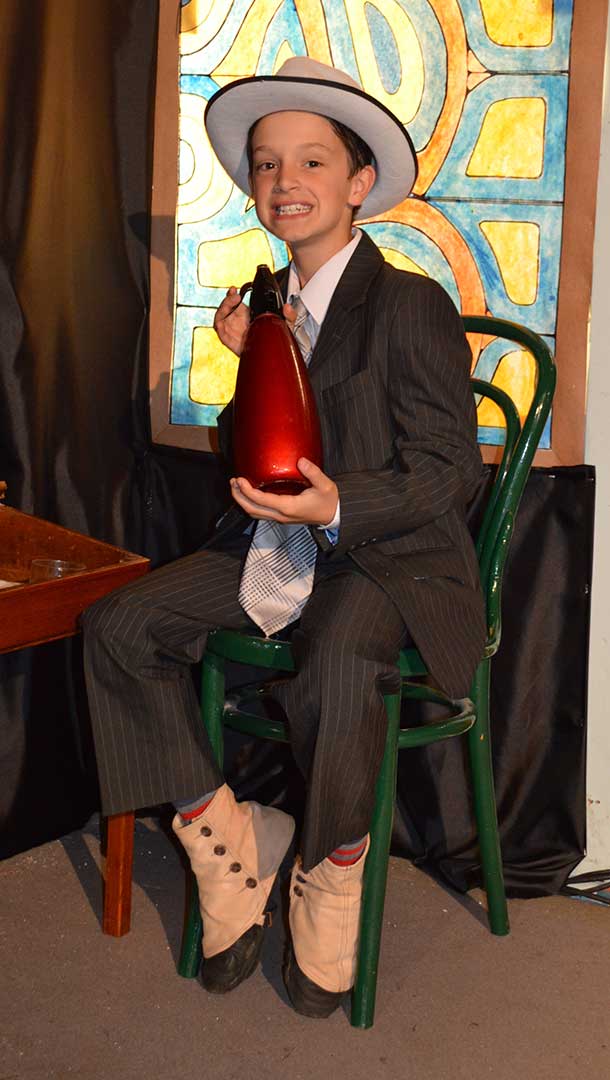 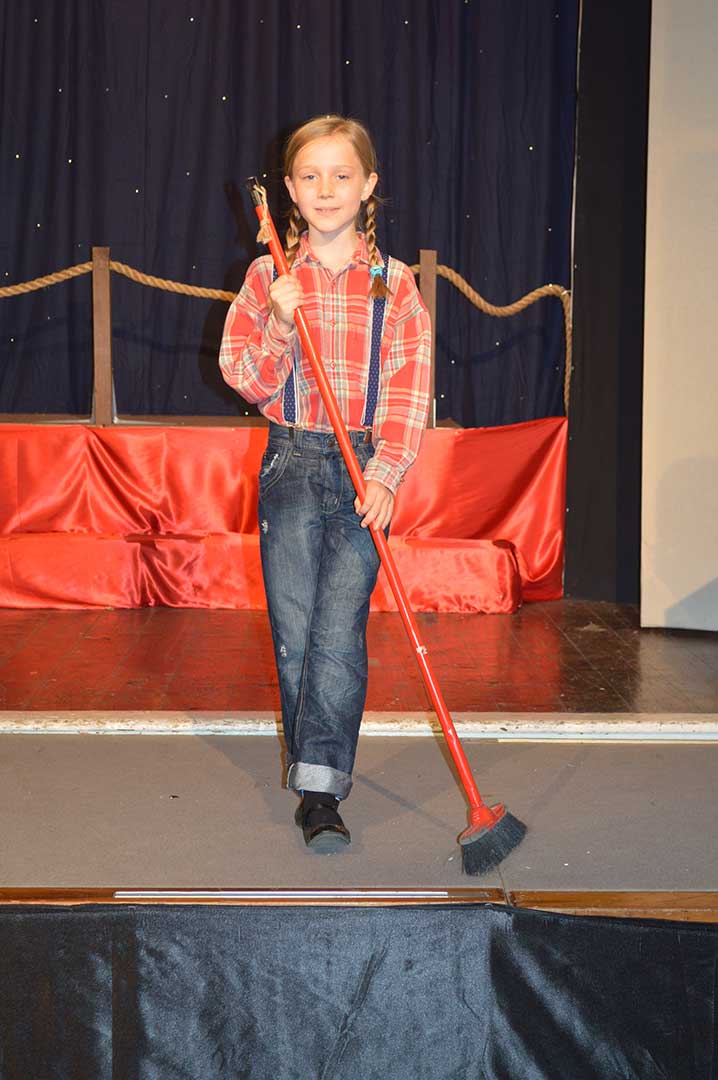 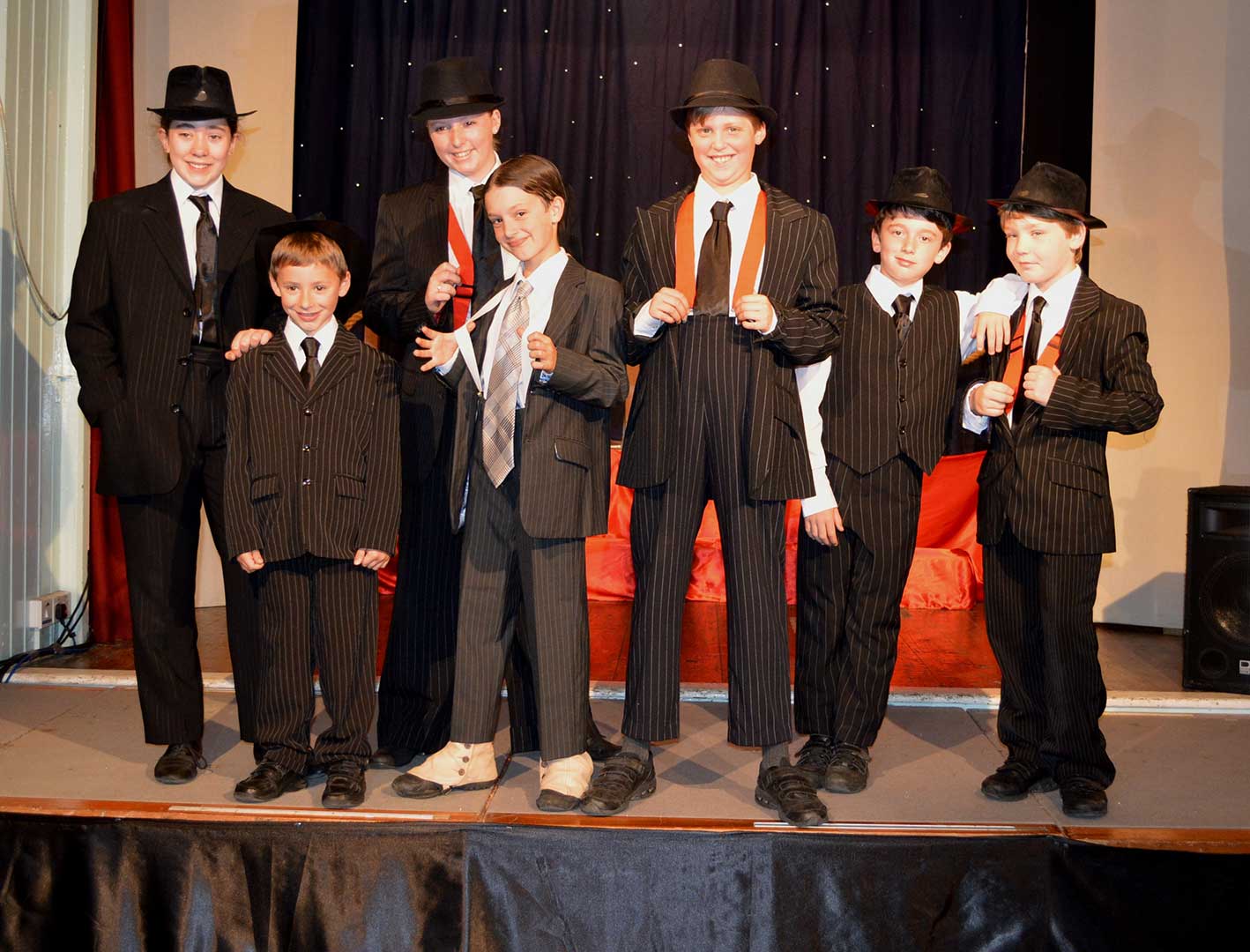 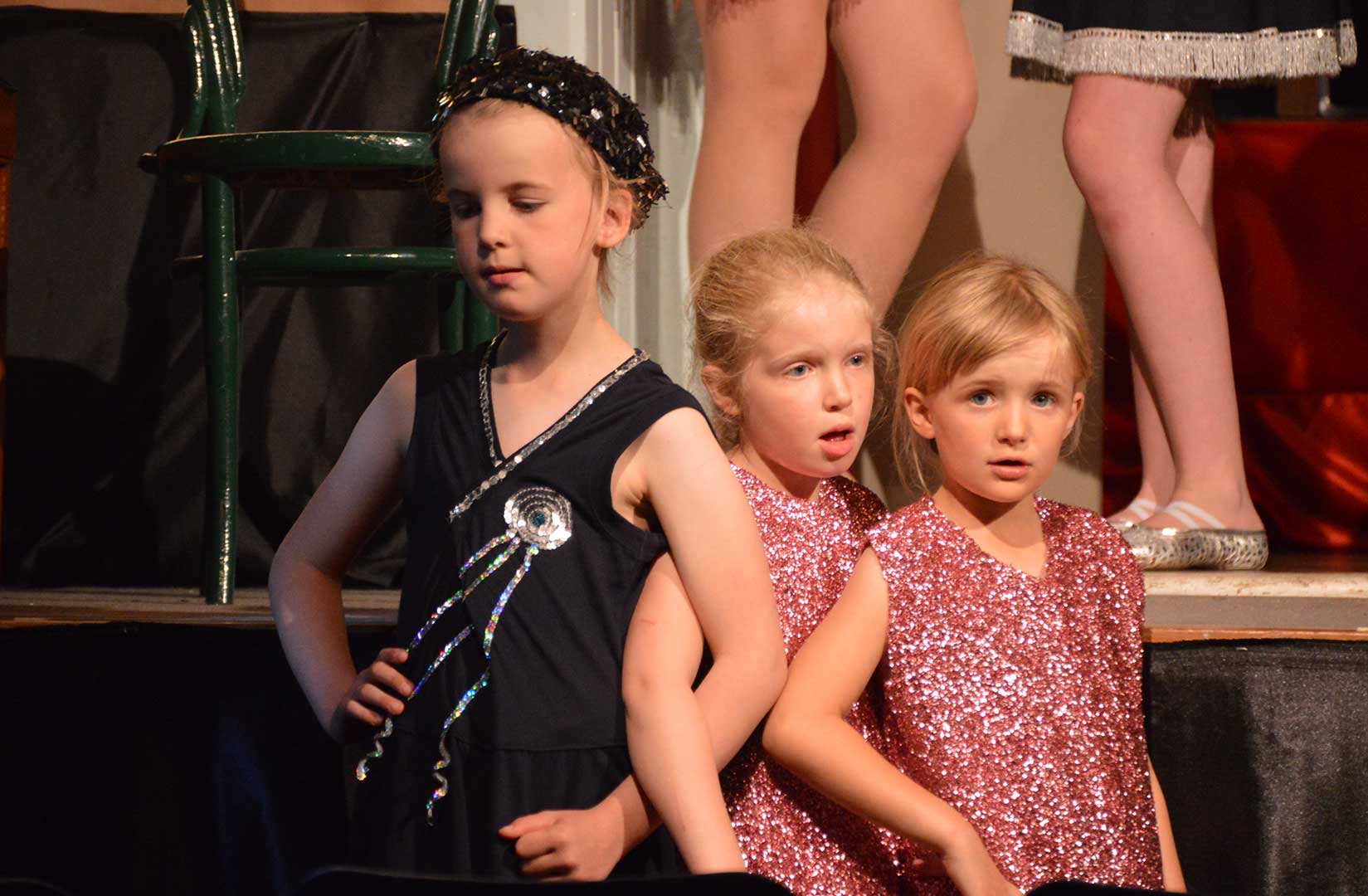 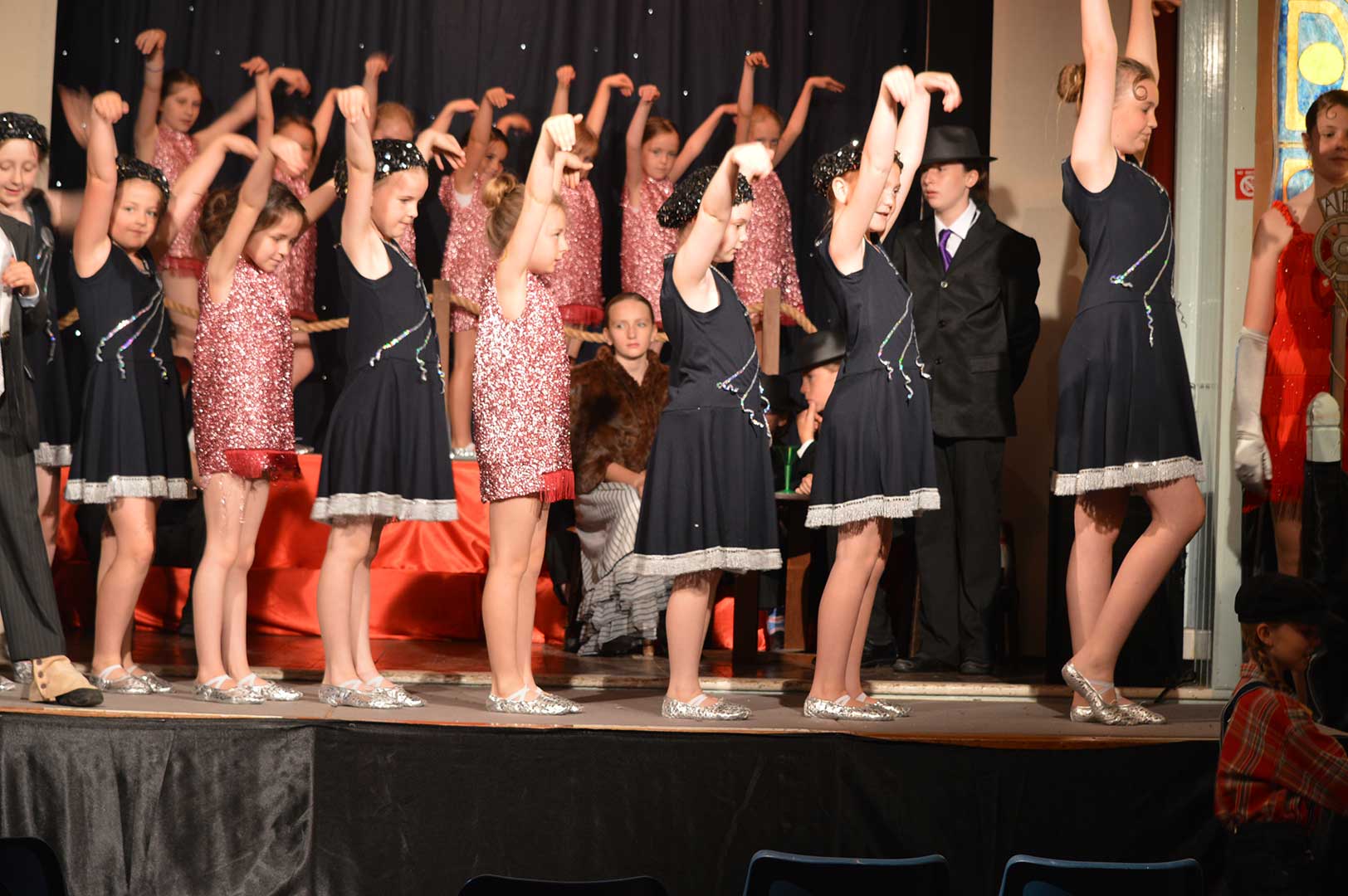 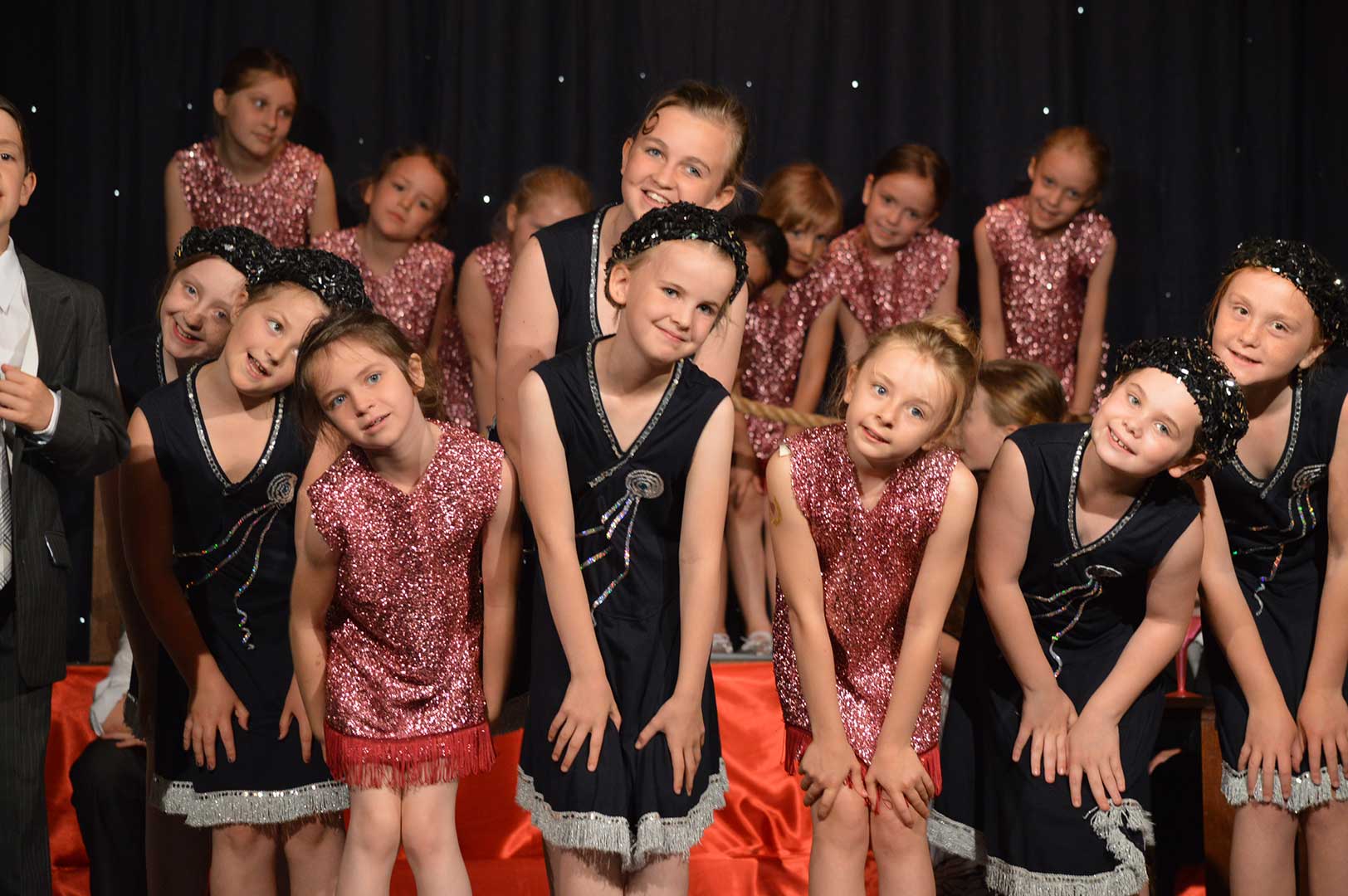 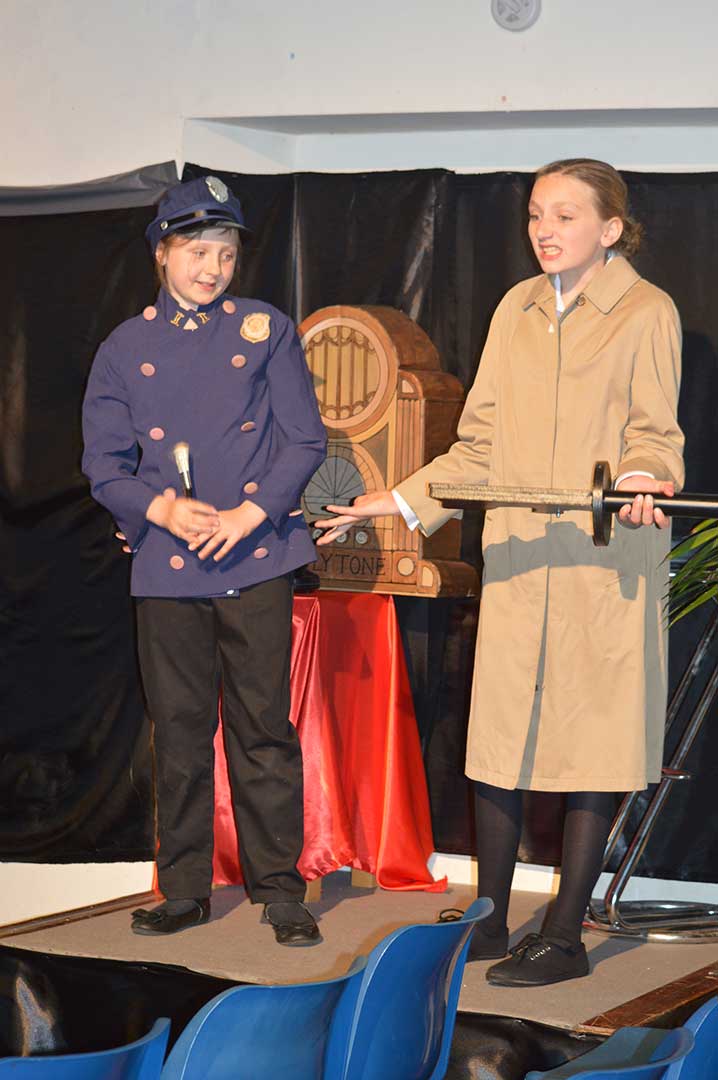 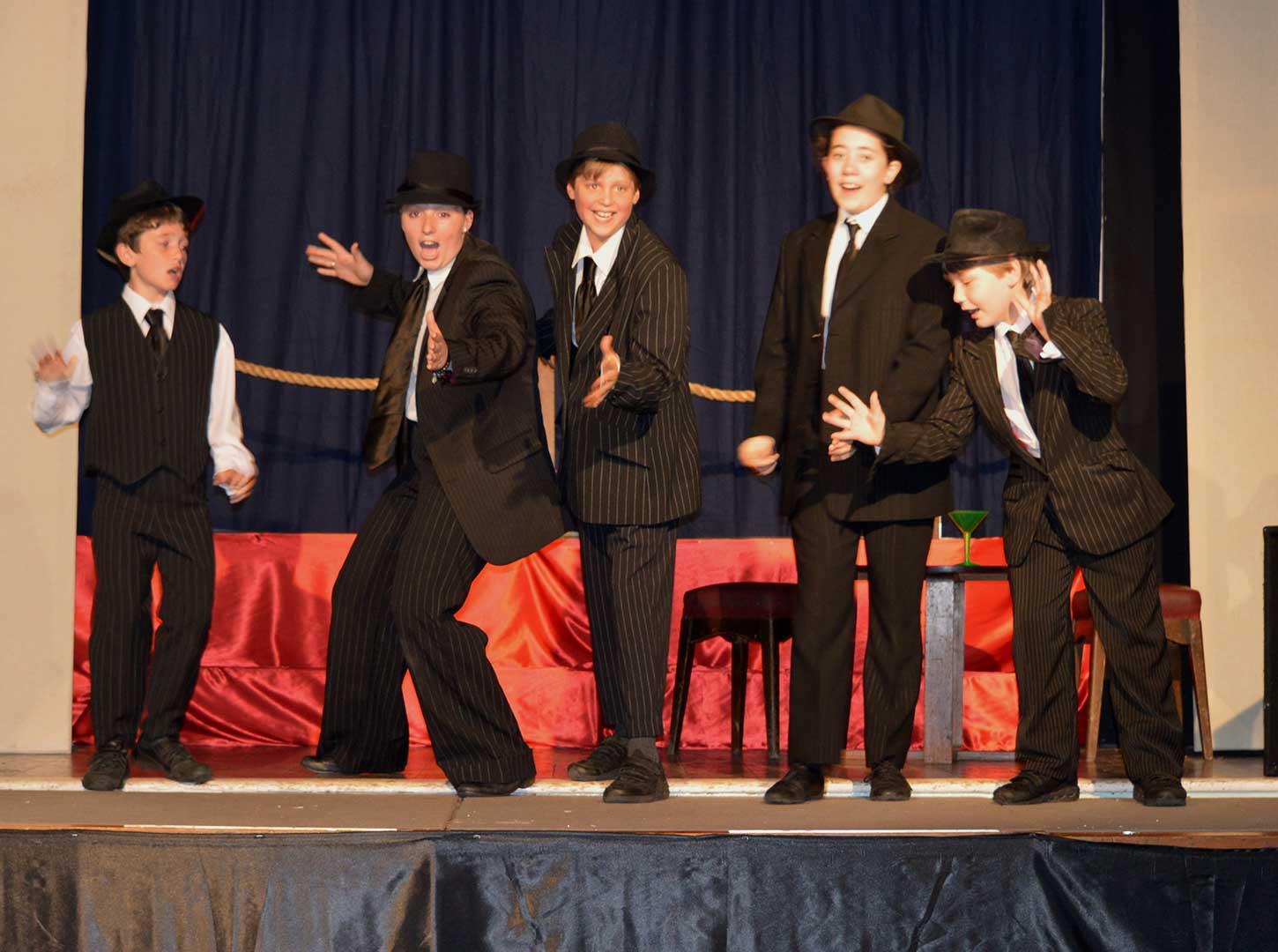 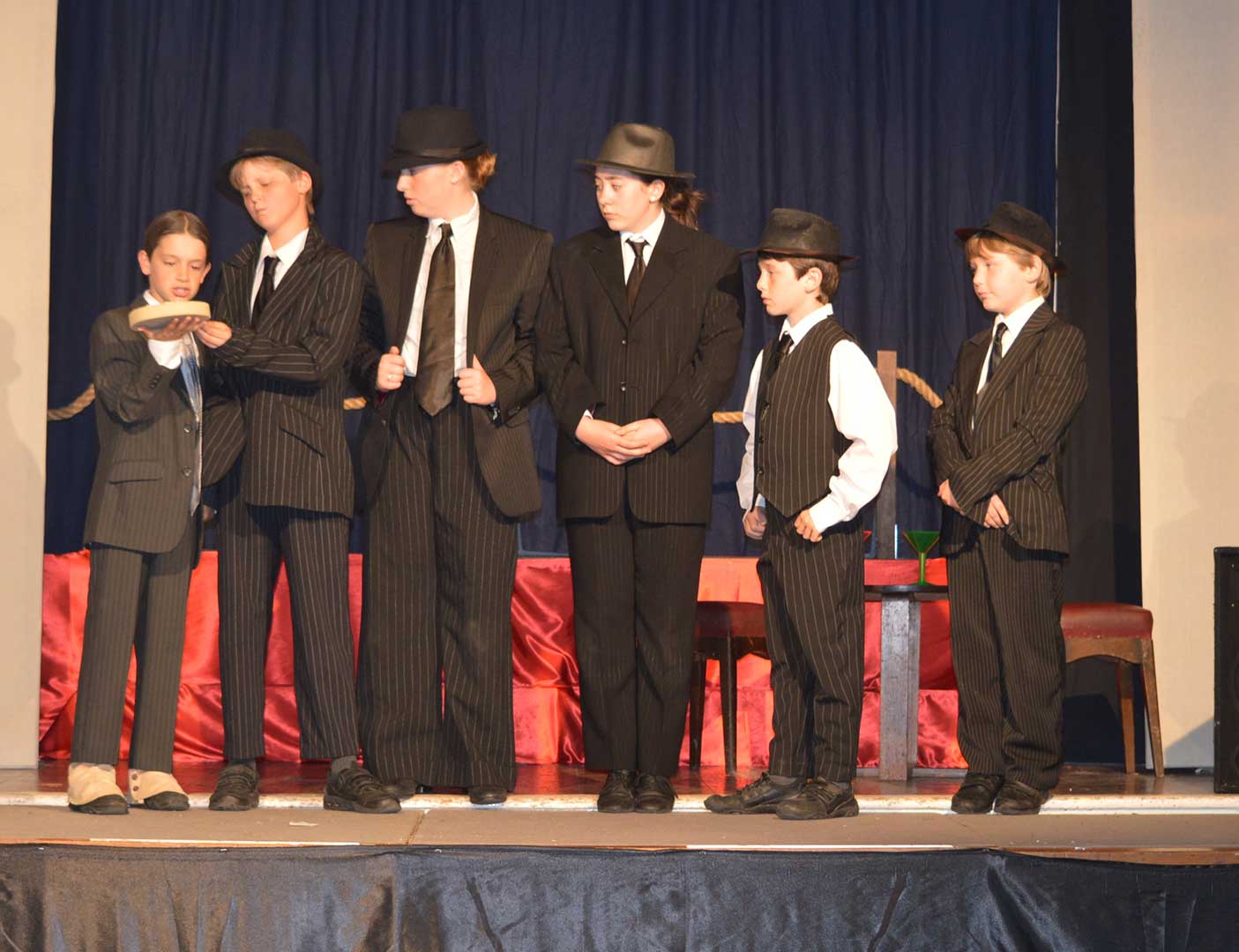 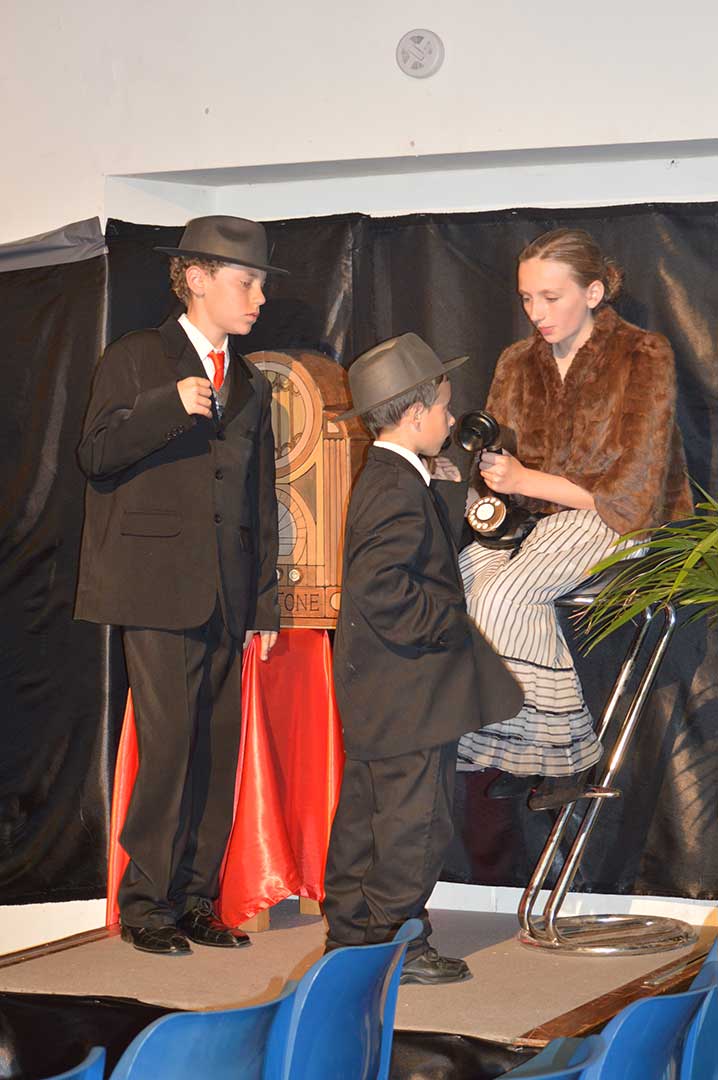 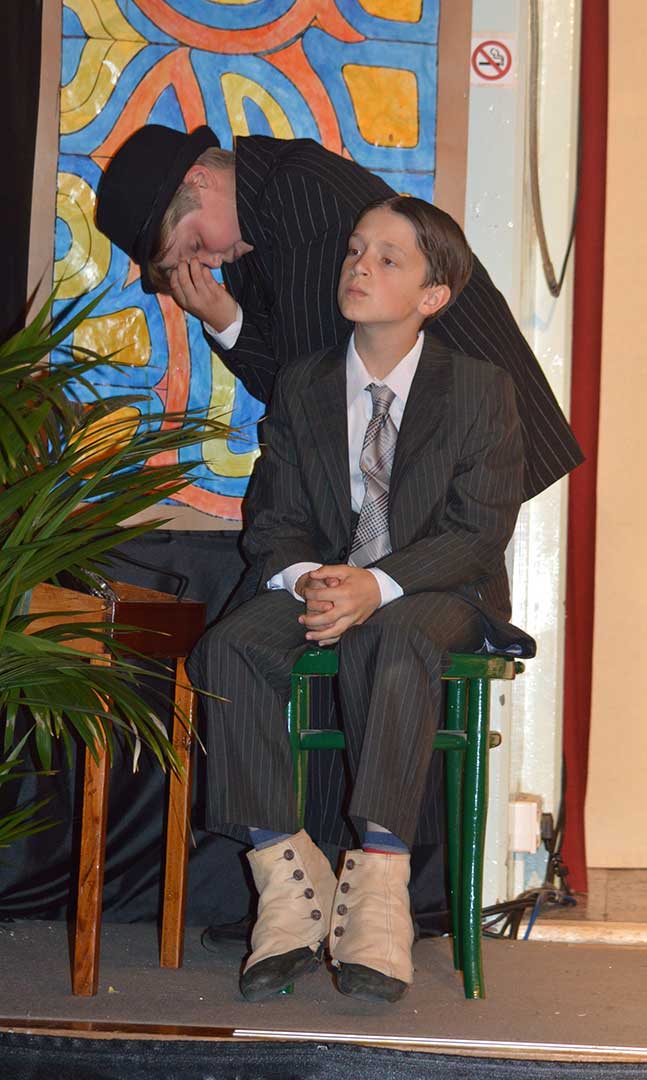 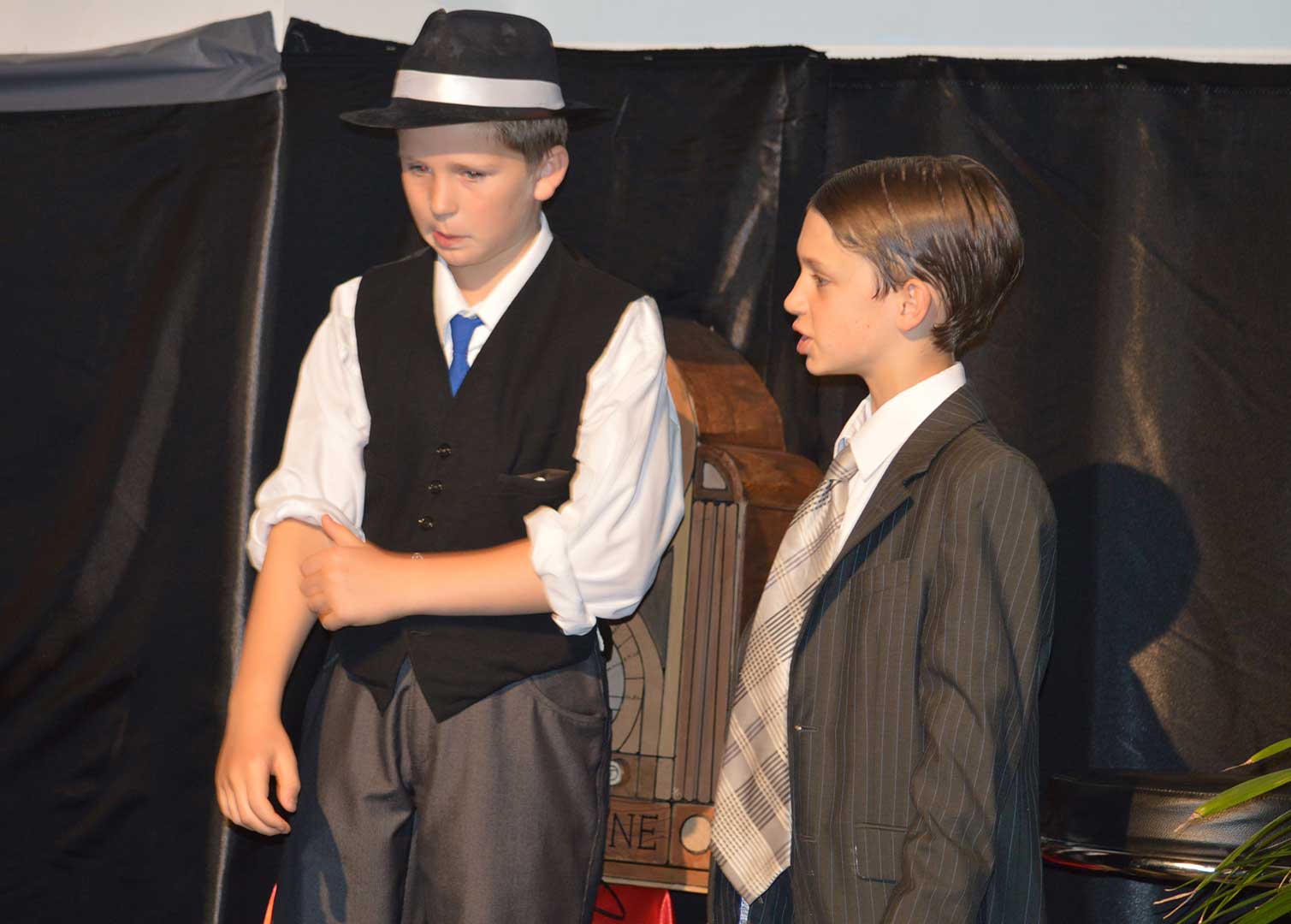 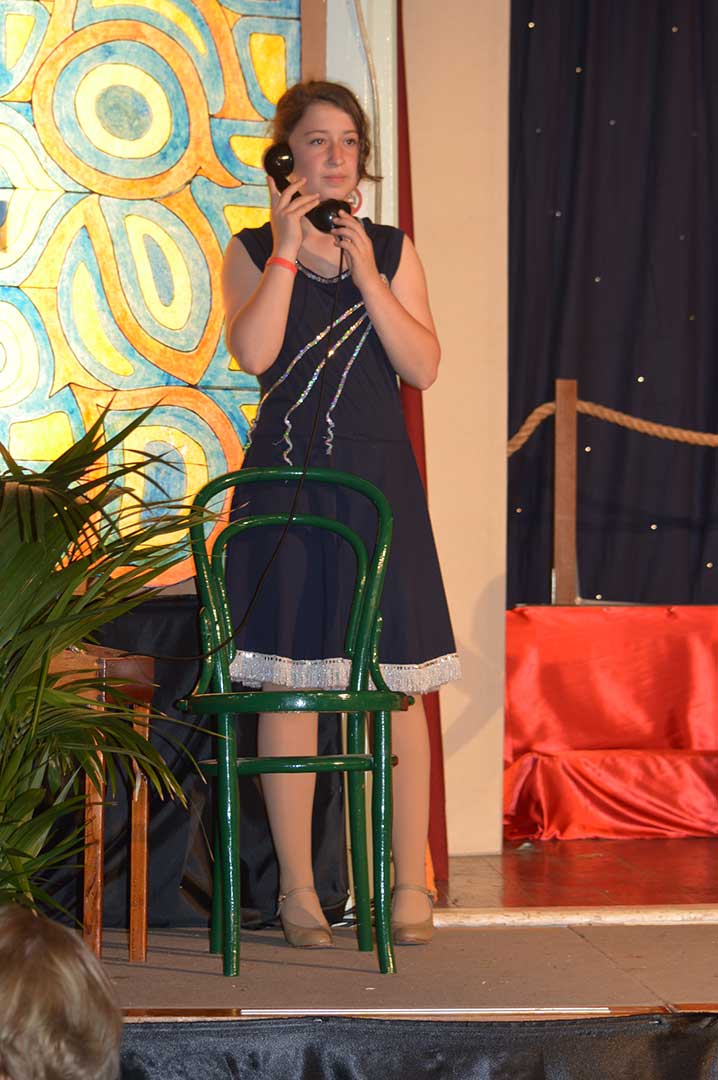 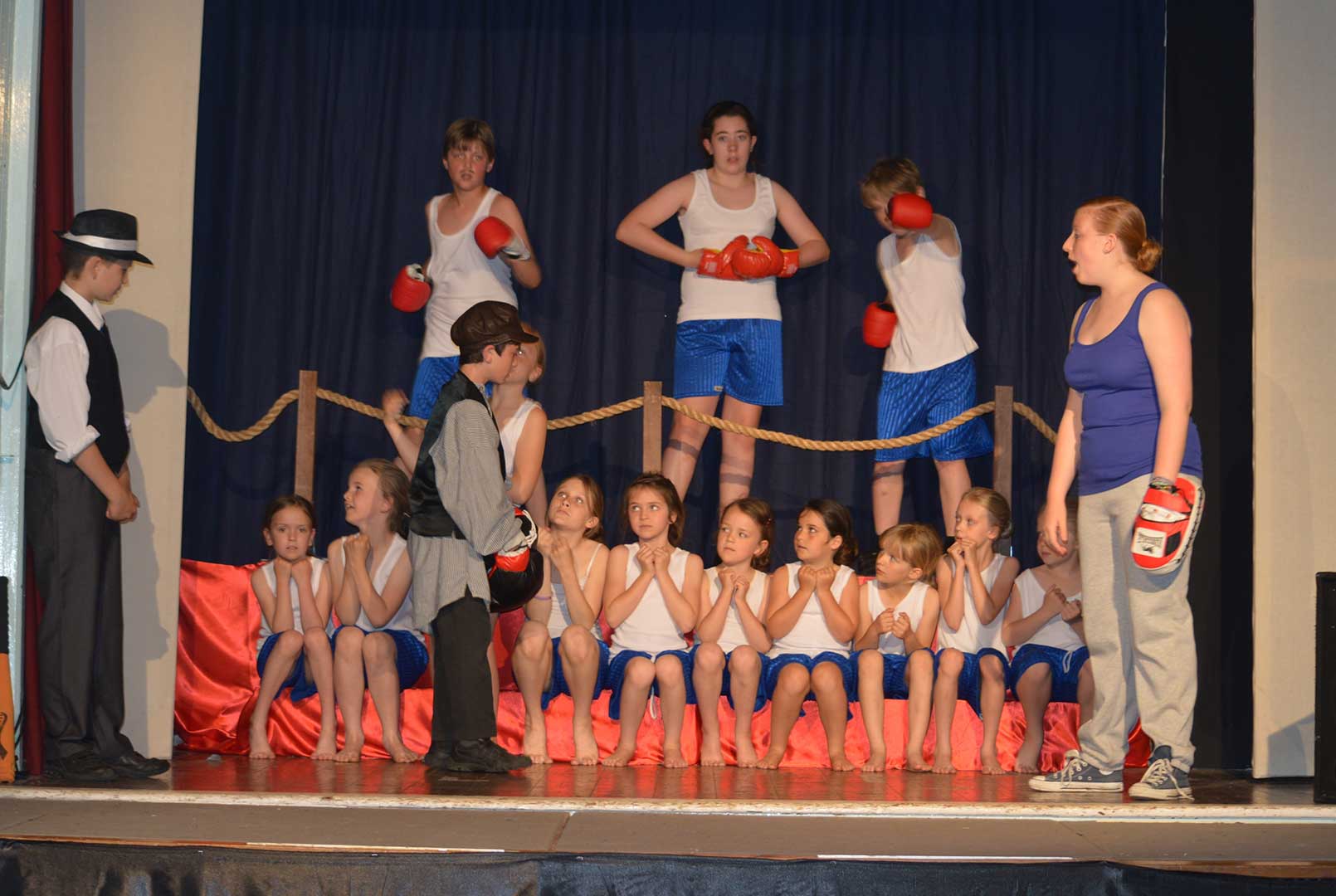 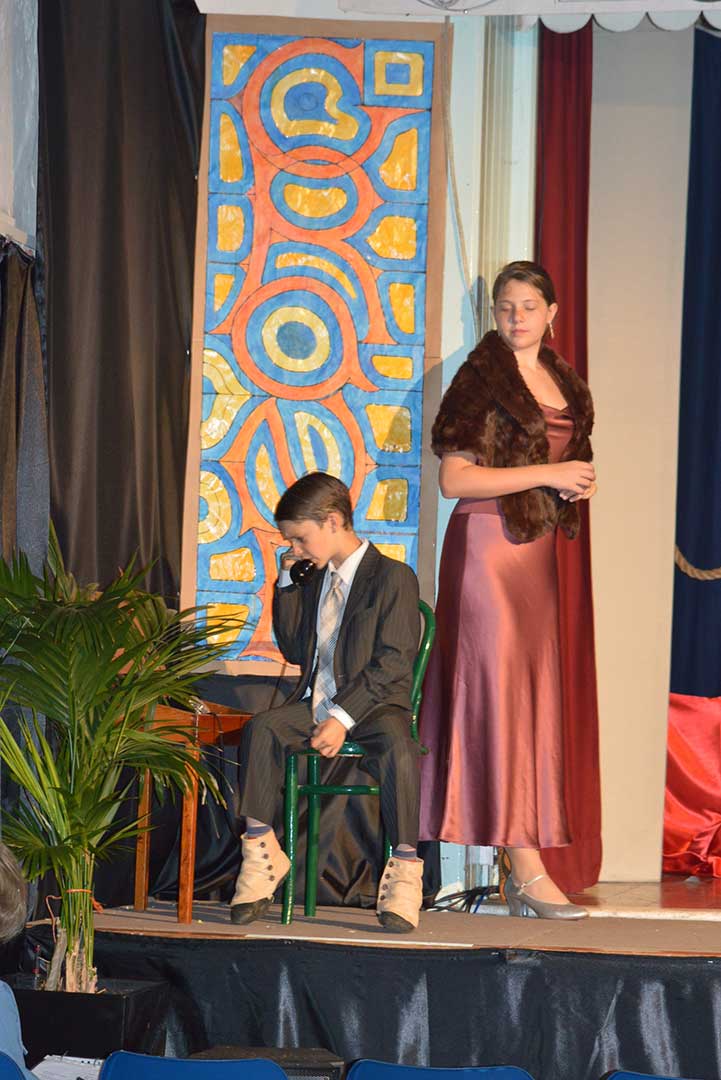 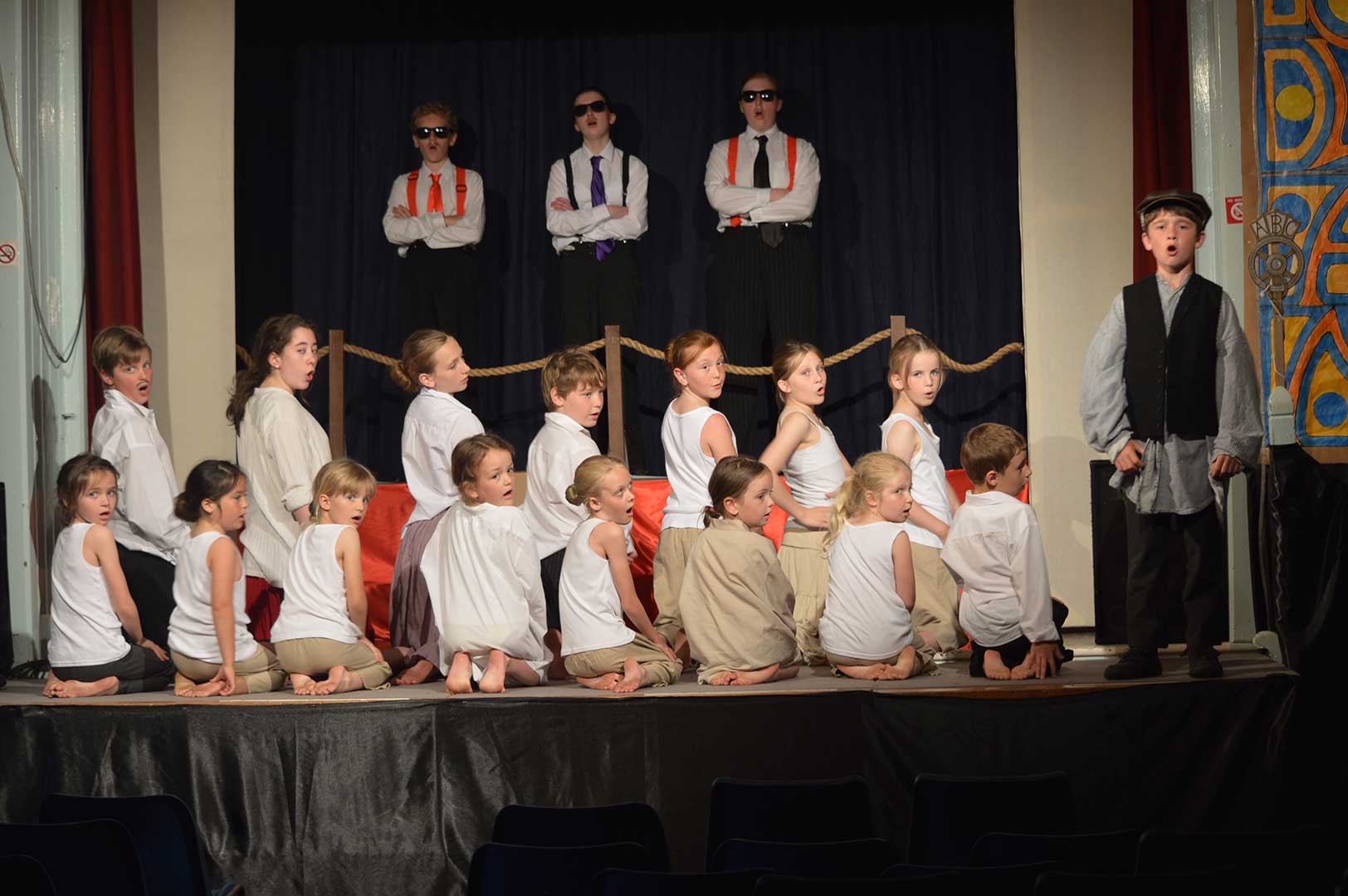 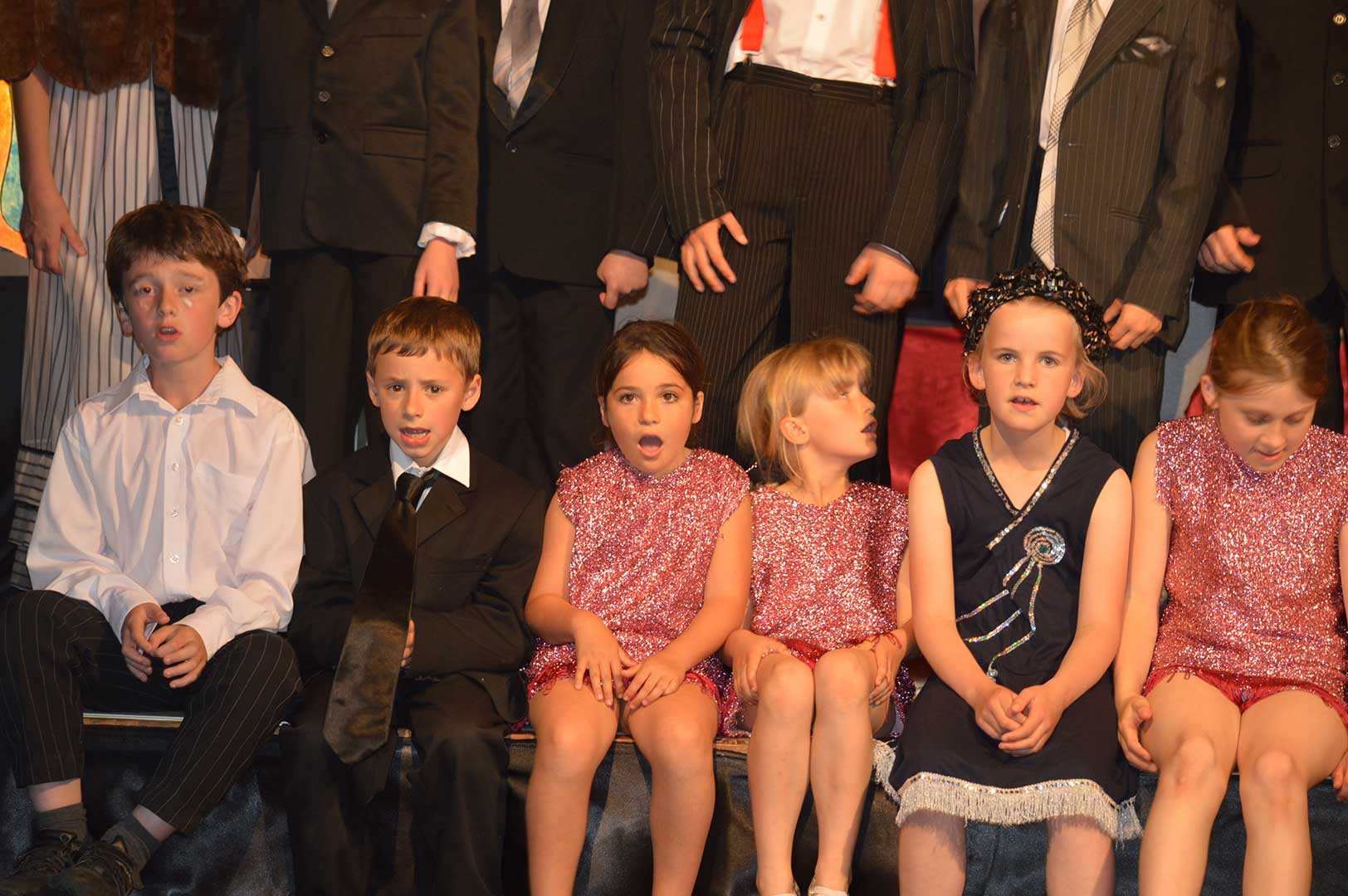 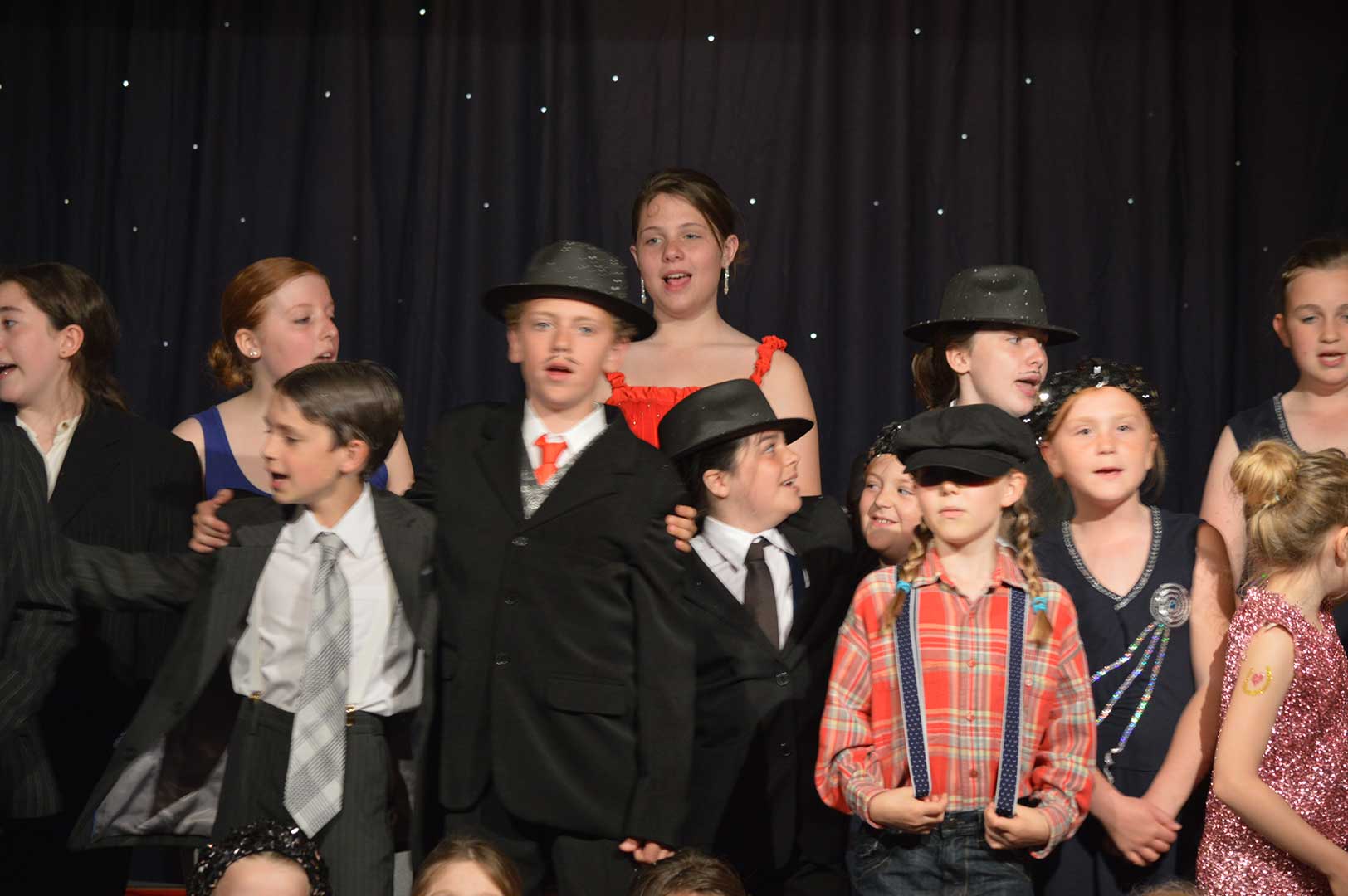 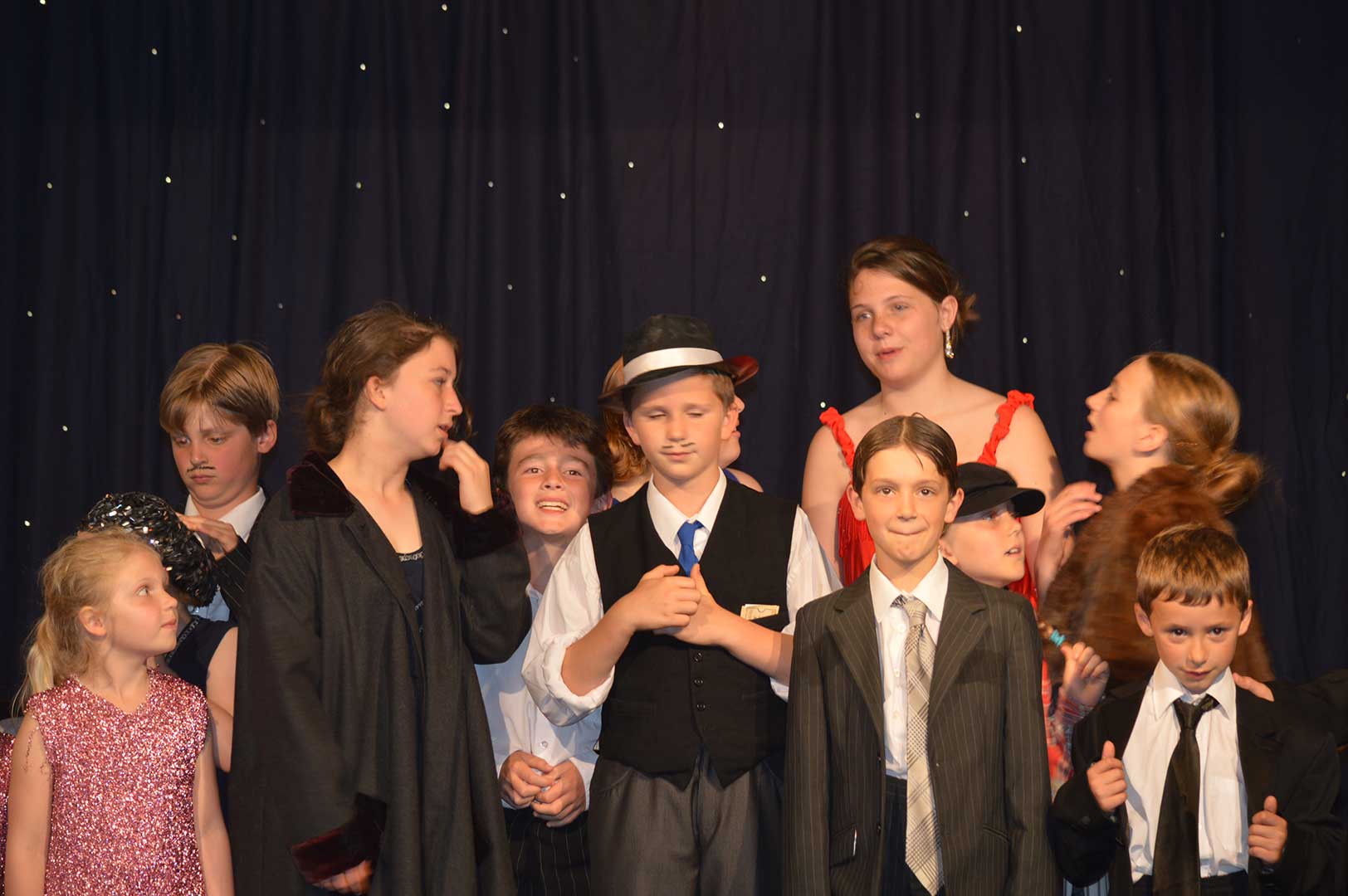 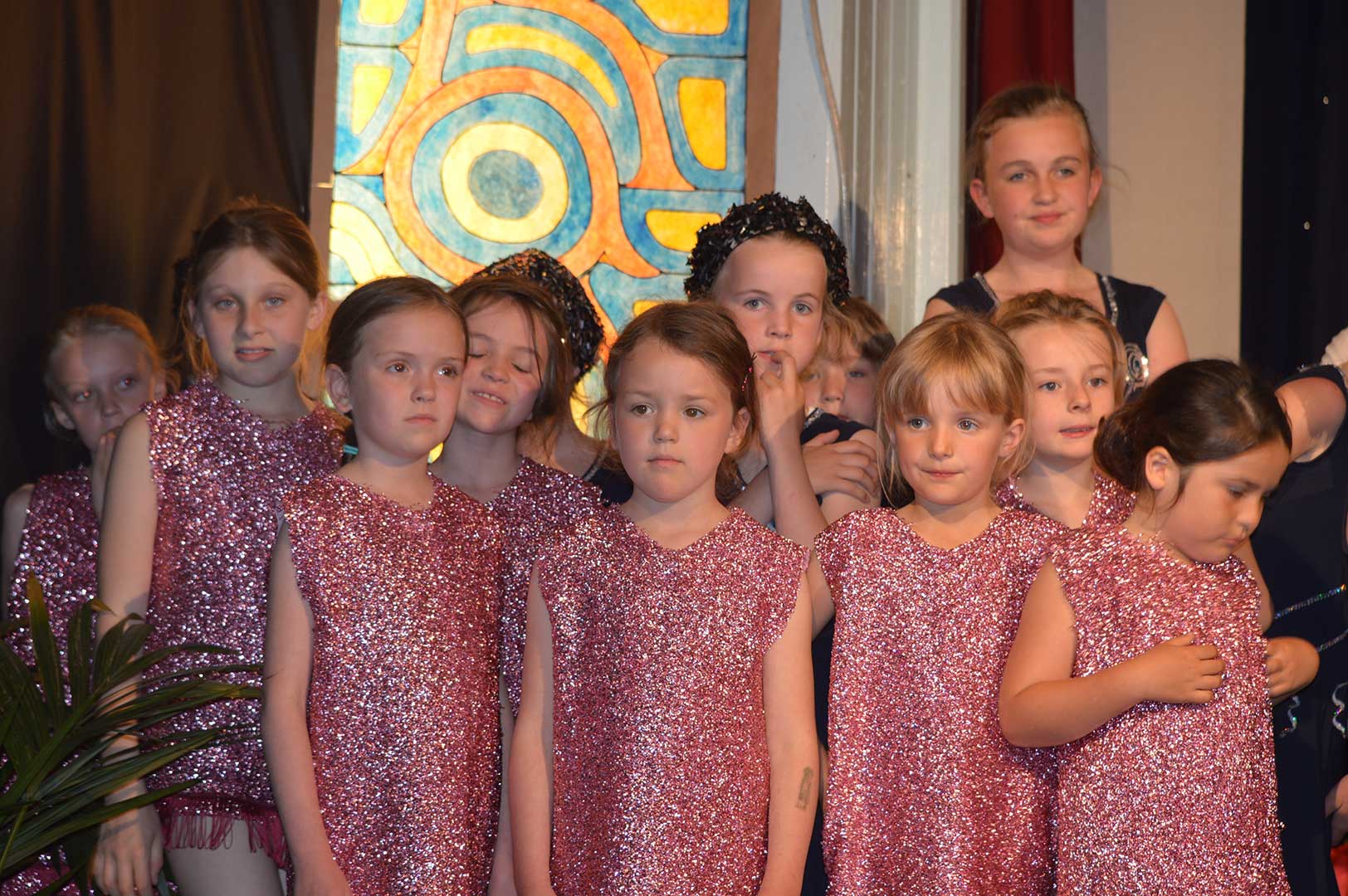 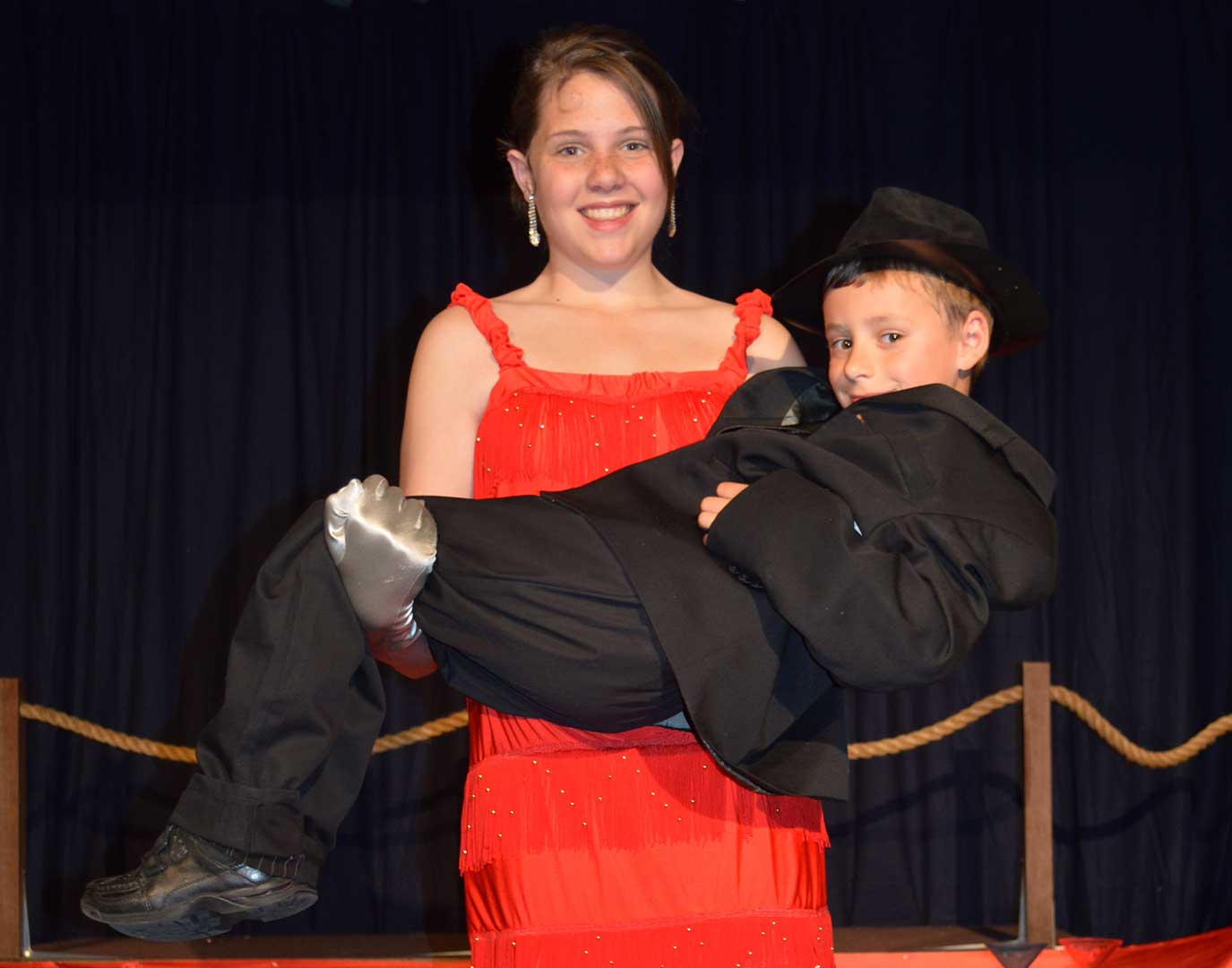 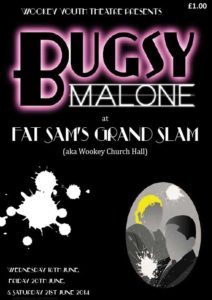 As the audience arrived at Fat Sam’s Grand Slam (Wookey Church Hall) for Wookey Youth Theatre’s Bugsy Malone you could tell it was going to be fun.

The bouncer on the door whispered the password to enter the ‘speakeasy’ where the action lost no time in getting started. Gangland bosses from the Prohibition era Fat Sam and Dandy Dan began to fight it out with splurge guns and custard pies to become boss of the neighbourhood.

It was not long before we witnessed the first murder of the evening, the unlucky Roxy Robinson, played by seven year old George Pruden, who also gave an excellent performance as Shady, Doodle and Babyface and carried off all his roles (and death scenes) to great conic effect.
Bugsy (Ryan Cooper) was perfect in the title role and very funny. His delivery of lines like ’you’re racing my motor Tallulah’ had everyone roaring with laughter.

Fat Sam (Jack Carroll) was brilliant and his scenes with his gang member Knuckles (played hilariously by Tom Roberts) had the audience in stitches. There was some great comic talent evident among the cast as well as really good acting, singing and dancing from everyone.

Blousey (Phoebe Carroll) played the part just right and sang her solos beautifully. Beau Treasure, 10, sang an outstanding solo ‘Tomorrow’, as Fizzy. Ellie Roberts gave a marvellous performance as Tallulah, playing the part made famous by Jodie Foster in the 1976 film, with a perfect blend of sassy cool and elegance. All the solos were really good.

The dancing girls (aged six upwards) sparkled as they did the Charleston and turned out great numbers as boxers and down and outs. ‘So You Wanna Be A Boxer’ was wonderful and they gave a really rousing rendition of ‘Down and Out’.

The grand finale with whole cast on stage singing ‘We Could Have Been Anything That We Wanted To Be’ and ‘You Give A Little Love’ was fantastic and had the audience on their feet cheering and clapping along. A brilliant show and a real feelgood night’s entertainment, topped off with a generous helping of splurge. Another success from directors Polly Carroll and Jane Roberts, producer Ann Gouldney and Wookey Youth Theatre. All proceeds go towards Wookey Church Hall repairs.

Would You Like to be Part of the Team?

If you've ever fancied treading the boards we always welcome new recruits, no experience necessary, just enthusiasm, commitment and a good sense of humour......and don't even have to live in Wookey!