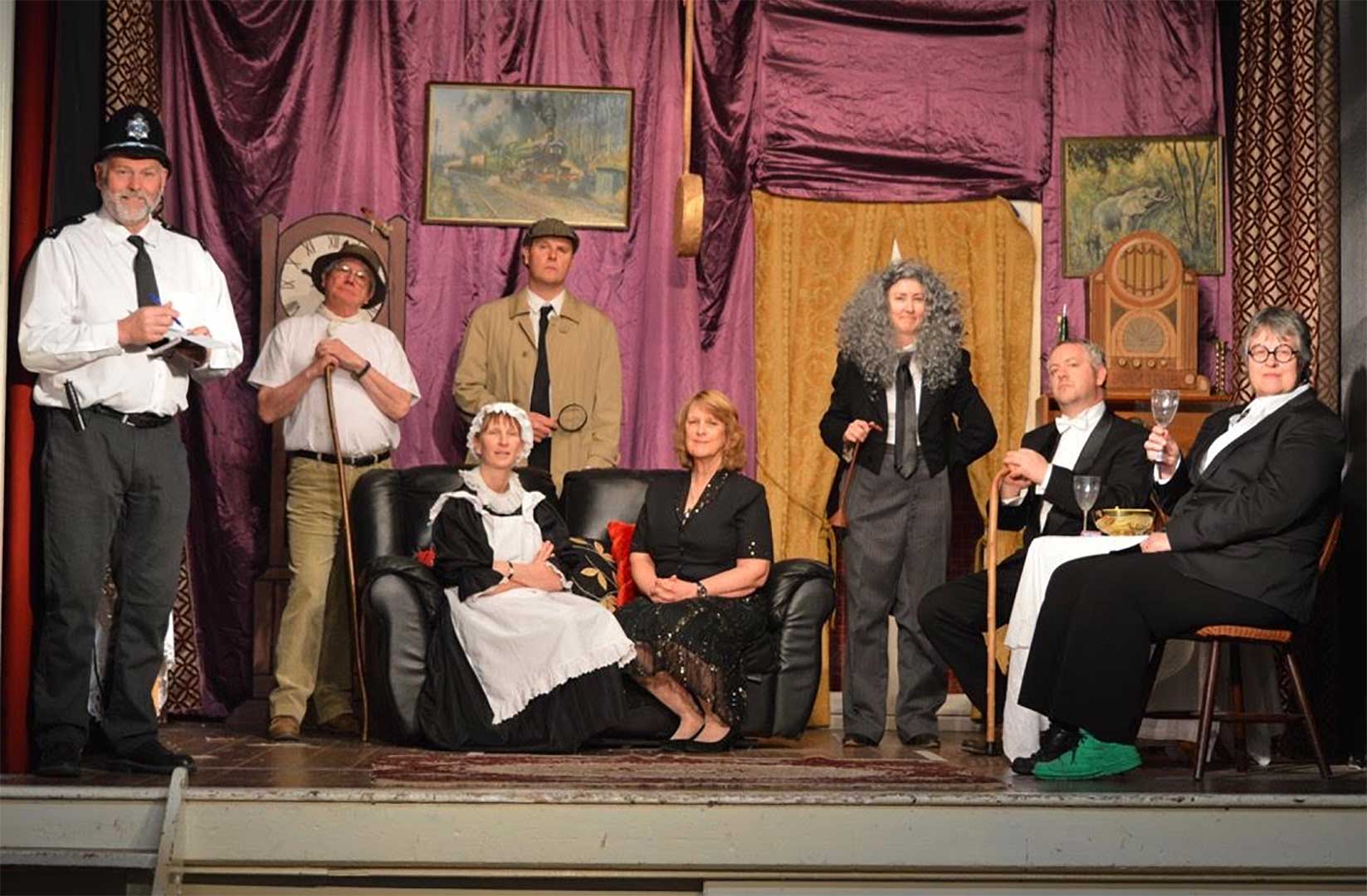 All round help – Pete Tincknell

It’s up to the world’s greatest detective Inspector Drake to solve the mystery of who murdered Mrs Gargarin. Is it Cook the gardener, Gardener the cook, Guest the butler, Butler the guest or Shofer the other butler whodunit?

The confusion that ensues spells curtains for the inspector when Scotland Yard announces that this will be his last case.

The inspector’s bumbling assistant Sergeant Plod looked like he might steal the show when he came on to set the scene (and the tone) at the beginning. The audience warmed to the simple sergeant from the outset, who had everyone whooping with laughter.

A hard act to follow but Inspector Drake was brilliantly funny, sending up the murder mystery and the ‘greatest detective of all time’ with an equally hilarious performance.

Between them they brought the house down with the help of an excellent cast. The audience roared with laughter throughout.

After interviewing the Gargarin household Inspector Drake announces that he and the sergeant will stay the night. Turning down the offer of a bedroom he insists they sleep in the lounge.

The drop down bed scene that followed was inspired, with side splitting pillow talk from the Inspector and Sergeant Plod as they peer over the sheets of a vertical cut-out bed lowered from the ceiling. ‘I haven’t been feeling myself lately’ admits the hapless sergeant.

Mary Ship played by Rachel Clarke, made a wonderful debut with Wookey Theatre Group. She was very Julie Walters as she vacuumed her way onto stage getting a big laugh and was just as good as Mrs Gargarin.

The terrified inspector managed to fend off the advances of Miss Duck (Lyn Hinde) a newcomer to Wookey Theatre Group who played her part with panache. There were other new faces among the cast – Andy Childs as Mr Gargarin, Imogen Crees as Mr Butler, Krystine Pitman as Mr Guest and John Carter as Mr Kemist – plus a surprise appearance from wardrobe mistress Jane Casey.

They all put in funny performances which combined to make it an evening to remember.

Mrs Gardner was all deadpan innocence and denied having relations with Mr Cook. ‘I could never love a messy eater’. Mr Cook was dryly hilarious delivering some killer lines.

The comedy was director Polly Carroll’s first play, rather than panto or musical, and it was a huge success. As usual she got superb performances out of everyone and put on a very professional and entertaining production with the help of producer Ann Gouldney and the rest of the back stage team including set builder Ted Jenkins and costume assistant Gay Harrison.