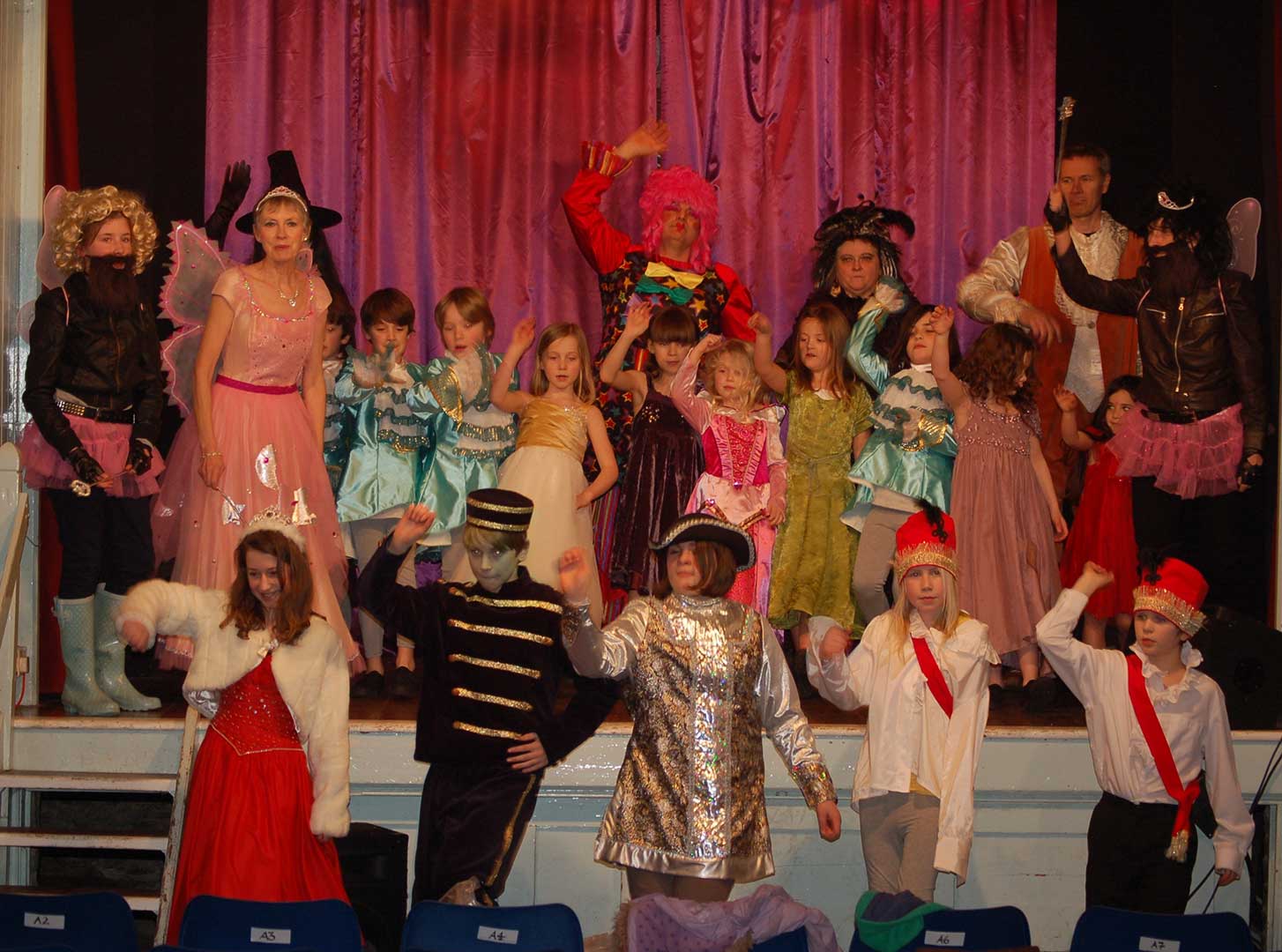 I am full of admiration for the people of Wookey, following their community panto. This is not a village with a long theatrical tradition, just a village with a crumbling village hall and a passion to fix it. “We had to do something about the hall and putting on a pantomime seemed like a good way to raise some money” said Wookey resident Polly Carroll, who directed the production.

“The most amazing people came out of the woodwork. This has really become a team effort. The whole village has come together to make this a real success,” she said. And success it was. For three nights the production played to a full house and such was demand for tickets that the dress rehearsal became an impromptu fourth night. Many longer established theatre groups would have been thankful for ticket sales on that level. Cinderella is one of our best-known British pantomimes, but Wookey short-story writer, Paula Williams, had given the tale a make-over.

It was the genuinely funny jokes that placed this production above the norm. Paula has a reputation for writing crime and romance and now she has one for writing funny pantomimes too. As with most local productions the cast was entirely from the area. Gil Oliphant, as the ugly sister, green haired Salmonella and Pete Tincknell as her pink-haired sister, Rubella, were especially amusing.

The scenes with the sisters, towering statuesquely over the diminutive, 13-year old Blue School student, Phoebe Carroll, as Cinderella, bordered were especially funny. Sam Harris as Buttons and Sarah Stott as the Wicked Witch were also well cast. Jane Casey’s costumes and Tony Pizzey’s sets were of professional standard. John Carroll’s score, with it’s adaptations of pop favourites from The Wurzels to Queen, to accompany the script, was unostentatiously clever and toe-tapping.

Congratulations to director Polly Carroll, producer Liz Bowen and to the large team involved. Professional theatre, sometimes forgets that audiences, young or old, have come out to be entertained. In Wookey, that we were in a drafty hall, with peeling paint was unimportant, because, as the lady in the audience next to me said, speaking for us all “I am having a really good time”.