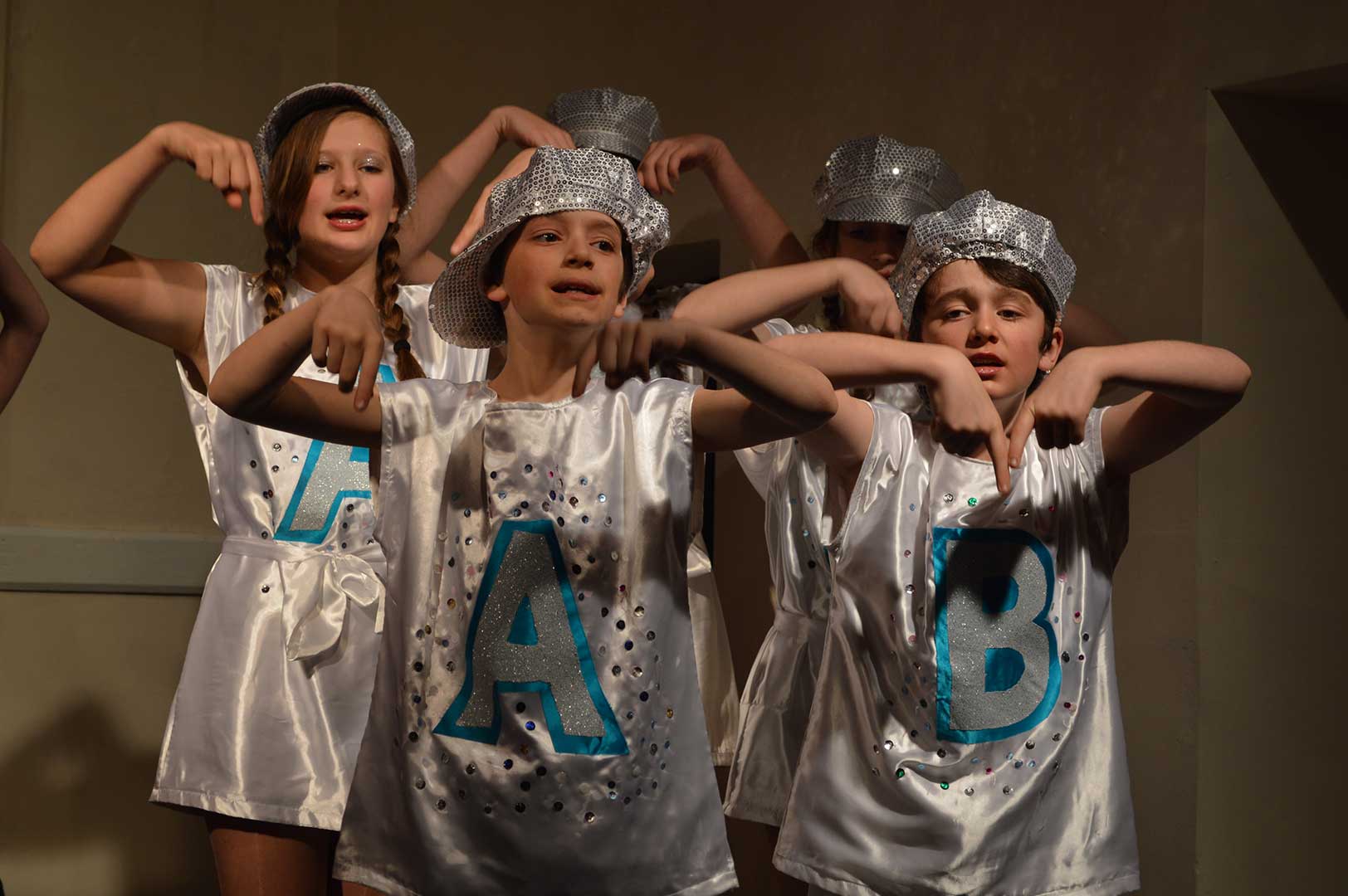 It is 1977 and rock’n’roll rules in the Kingdom of Wookey. Ziggy Stardust lookalike King Neville and Queen Daneka are planning a big party to celebrate the christening of their daughter Princess Whatsername.

But evil banker Sir Fred Hoodwink is determined to stop the celebrations as he has already emptied the Royal Purse into his own pension fund. Plus, he is not impressed by the prospect of a three day road closure and talk of building a pyramid shaped stage.

Thanks to Sir Fred, Fairy Not-a-lot (Louise Cooper) does not receive her invitation to the party and is persuaded to cast a spell which puts the princess to sleep until 2015. Psychic hippy Moany Ha Ha (Emily Crellin) warns of the impending disaster and the king bans all guitars from the kingdom in an effort to save his daughter from the curse of a broken guitar string – to the dismay of local band JABBA who have been rehearsing for the talent contest.

Packed with brilliantly executed song and dance routines to 70’s classics and the likes of the Jacksons’ ‘Can You Feel it’ Bon Jovi’s ‘Livin’ on a Prayer’ and Happy by Pharrell Williams, this panto couldn’t fail to please. Highlights included Neville, Neville to the tune of Bowie’s Rebel Rebel and Con-stab-u-lary to We Are Family by Sister Sledge (lyrics by musical director John Carroll). And it wouldn’t have been the 70’s without ABBA’s Dancing Queen.

But you didn’t have to be of a certain age to appreciate all the gags. When Fairy Laugh-a-lot (played beautifully by eight year old Harriet Griffiths) casts a spell on the village crier (Jack Carroll’s) bell – cue flatulent noises – the younger members of the audience were in stitches.

There were superb performances from all the children in the show. Young Beau Treasure showed a talent for comedy and sang beautifully as leading lady Princess Whatsername. Nine year old George Pruden was drily hilarious as Chancellor Gordon Greedybags and the chorus were funky and fabulous in pink psychedelia. But it wasn’t all flower power. Sweeney Plod, played brilliantly by Steve French, who made each entrance to the theme tune of The Sweeney, put grit into the wit as the strong arm of the law, 70’s style. He turned in one of the best performances of the show and the audience loved him. Gil Oliphant also got lots of laughs as his sidekick Sherlock Jones.

There were great performances from the whole cast. Steve Collinson was excellent as arch baddie Sir Fred. Pete Tincknell was once again great as the dame, Queen Daneka, Rose Winstone was’purr’fect as the svelte Fat Cat and Victoria Wakeling was extremely funny as the Hairy Godfather.

The cast are transported to 2015 via Moany Ha Ha’s wardrobe/Tardis and are amazed to see how Wookey has changed (it now has a digital clock and cashpoint). The evil Sir Fred has turned into Simon Cowell (boo, hiss) and the future of the talent show, and our heroine is now at his mercy. Harry Prince (Ryan Cooper) saves the day and we are treated to the all singing and dancing finale. Another winner from director Polly Carroll and the Wookey Pantomime Group (script by Pauline Williams). Demand for tickets for this panto was so high that they had to sell them for the dress rehearsal. Proceeds go towards repairs to Wookey Church Hall, where the performances were held last week.