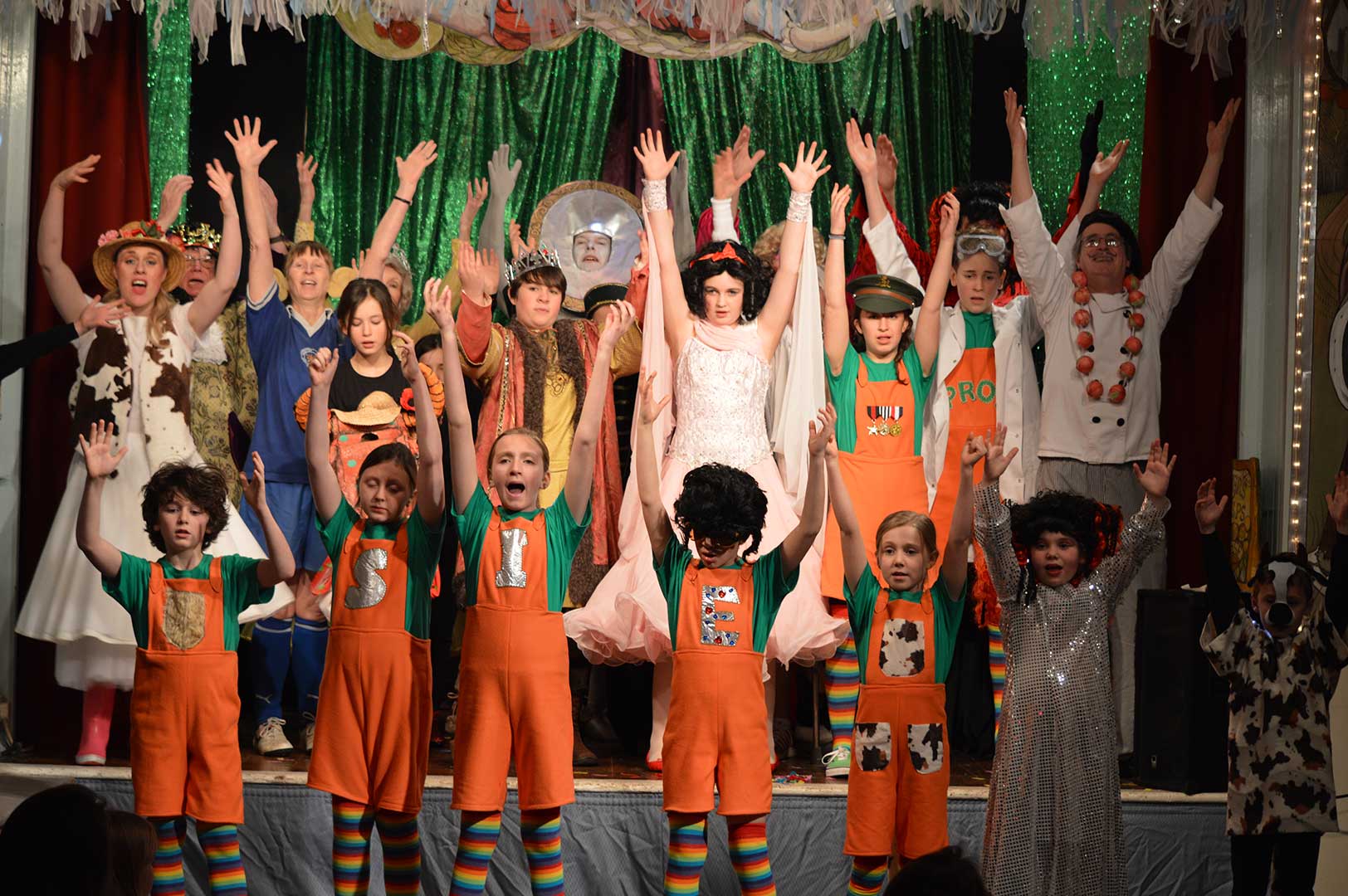 From the minute the curtain went up at Saturday’s matinee performance of Snow White and the Seven Doodahs, the audience was hooked.

Wookey Pantomime Group gave the classic tale of Snow White a fun fuelled injection of wit and musical brilliance with their performance of Snow White and the seven Doodahs at Wookey Church Hall last week.

Their modern-day panto was set in the kingdom of Wookey where well-known TV presenters Larry Gineker (played by Louise Cooper) and Sue Barking (Lara Smith) visit to cover a beauty contest. The pair make a great comedy duo and the show had all the right ingredients, including an evil queen and a pantomime cow set to a musical score and lyrics (by John Carroll) that would give Tim Rice and Andrew Lloyd Webber a run for their money. The wonderful set design transformed the packed church hall.

Nurse Nicely (Pete Tincknell) resplendent in pink lycra and a nurse’s uniform, was one of the best pantomime dames I have ever seen and had the audience roaring with laughter but Snow White’s jealous stepmother Queen Vindictica (Steve Collinson) stole the show with a wickedly funny performance. The mirror (Steve French) was very good and surely deserves a special mention for being brave enough to wear an all-in-one silver lycra bodysuit. Madge, the queen’s down trodden ladies’ maid (Rosie Winstone) was another winner and had the audience in the palm of her hand. Much of the panto was set to music and the cast performed rousing versions of many well-known favourites. The music and lyrics made the show and the dance routines were really good. Highlights included memorable renditions of Michael Jackson’s Thriller, You’re Beautiful, Trouble and their own Youth Potion Number Nine.

Snow White, played beautifully by Amelia Frost, took the inevitable bite of the poisoned apple and was pronounced dead – cue Eastenders theme tune – but rose again to the strains of Jesus Christ Superstar after a bit of magic from the dairy fairy.

The many children in the cast gave superb performances. Elvis (Jack Carroll) got lots of laughs and seemed to relish the role delivering his ‘uh hah’s’ with gusto. Mophead (Sam Stone) also had a real gift for comedy as did Phoebe Carroll who played Colonel Mustard.

The Doodahs (all played by children) were excellent as were the chorus, some of whom were very young but performed like true professionals.

The show was fast paced and very funny with really good song and dance routines – a great afternoons entertainment. I can honestly say it was one of the best pantomimes I’ve ever been to. Oh yes it was! There is some real talent in Wookey.

Snow White and the Seven Doodahs was directed by Polly Carroll and written by Pauline Williams. Proceeds from the panto will go towards the cost of refurbishing Wookey Church Hall.